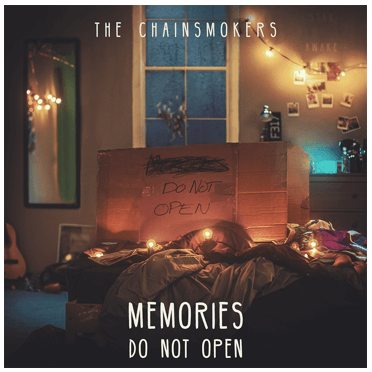 It’s happened. The long-awaited and highly-talked-about debut album from Grammy Award-winning artist/producer duo The Chainsmokers, called “Memories…Do Not Open” is out today. Alex and Drew celebrated its release last night at a special event with Samsung in New York City, and are set to keep it going today with the launch of their pop-up box activation.

Memories…Do Not Open features both of the duo’s current singles “Something Just Like This” with Coldplay — a track that received gold certification and over 175 million streams already on Spotify —as well as the Top 5 radio hit, and of course the Platinum-certified single “Paris”— whose official videos have surpassed 265 million combined views to date. The 12-track album also features a few brilliant collaborative efforts, with Jhene Aiko, Florida Georgia Line, Emily Warren and Louane.

The Chainsmokers are all set to embark next week on their 40-city Memories…Do Not Open North American arena tour. The tour stops in major cities across the U.S. and Canada, before its conclusion in June, and is going to feature brand new production elements with part DJ set and part live band performances.

Every ticket purchased online for the tour comes with a copy of Memories…Do Not Open.