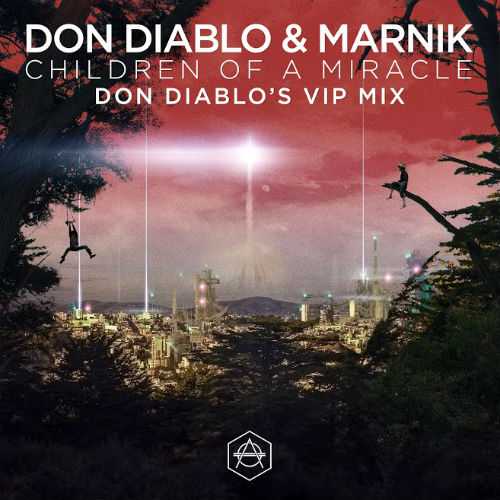 In a short time, Don Diablo & MARNIK’s future bass single, Children of a Miracle, has achieved great success, already becoming a bonafide anthem, and has received support on radio stations globally, including the leading tastemakers in the dance music game – BBC Radio 1’s Dance Anthems, Dimitri Vegas & Like Mike, Hardwell, Martin Garrix and loads more. In addition, the record has racked up over 4 million Spotify streams and has garnered almost 2 million YouTube views for the official video.

And now, Dutch DJ/producer Don Diablo, known for his work with the likes with huge artists like Tiesto, Steve Aoki, Madonna, Ed Sheeran and Rihanna, has unleashed his own VIP remix. Premiered by Danny Howard on Radio 1, the VIP is already making crowds go crazy, rocking the audiences during Don Diablo’s performances at Ultra Music Festival during Miami Music Week as well as his two main stage sets at Lollapalooza, Chile and Lollapalooza, Brazil.

With a forthcoming artist album in the works, listeners are sure to be captivated even further. But for the moment it’s all about the new single, Children of a Miracle, which features Galantis’ singer Reece Bullimore on vocals delivering a powerful and uplifting message that reflects Don’s own rise in music.