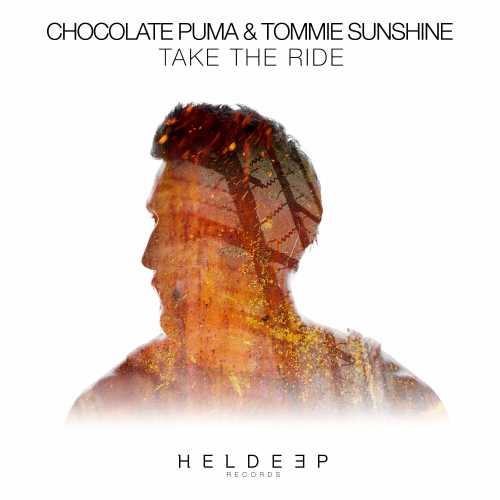 It’s all good in the hood when Chocolate Puma and Tommie Sunshine team up for new music. Here’s their third collab ‘Take The Ride’, and going by their earlier releases, it’s all you’d hope it would be. After overwhelming DJ support, it’s out now on Heldeep Records.

Dutch powerhouse duo Chocolate Puma knows how to drop classics, they’ve almost invented the term as the guys started out producing music in the early 90s, delivering club hits under several artist names. Most famous are probably The Goodmen and Jark Prongo –just check these names on the web and discover a collection of awesome oldskool house music!

As they helped shape the original house genre, the duo always kept on producing up-to-date tunes under the name Chocolate Puma. Recently, as oldskool house sounds have gained popularity again, this resulted in several big releases, including their summer 2015 hit single ‘I Could Be Wrong’, the Tommie Sunshine collab ’Scrub The Ground’, and collabs with Oliver Heldens, HI-LO, Laidback Luke and Sander van Doorn.

Tommie Sunshine is no less a legend, known for blending the world of dance and pop /rock music like no other. The Chicago born, Brooklyn based DJ has remixed some of the greats out there (Icona Pop, Yeah Yeah Yeahs, Martin Solveig , Major Lazer & Katy Perry ) while working with an impressive line of artists, ranging from James Murphy, Deorro, Felix Da Housecat, Miss Kittin and Junkie XL to Sharam Jey, The Partysquad and Bart B More.

As the first collab with Chocolate Puma was released last year (the party gem ‘Chicago Disco’), it was clear this was a match made in house heaven. With ‘Scrub The Ground’ (released on Oliver Heldens’ Heldeep label October last year) it was undeniable these guys know how to work up some dancefloor magic.

Now, the dream team returns with the third part of their ongoing collab story: ‘Take The Ride’. It’s uplifting, raw and pure energy dance music, perfecting the trademark sound of this collab to the fullest.

“Working with Tommie is always special. Not only because he is a bad ass producer with so many crazy ideas, but also because of his persona and the fact that we talk for hours with him about what we all have experienced as DJ’s and producers over all these years. As for ’Take The Ride’, this is the third record we made with him and like ‘Chicago Disco’ and ’Scrub The Ground’ this was one was produced between our studio in The Netherlands and various locations in Los Angeles and New York taking inspiration from our adventures on the road.” – Chocolate Puma

“After having created this track during ADE last year, we had the joy of playing this record for the first time in Miami in March at the Spinnin’ Sessions Heldeep Party – Rene almost tore my hair out with the CO2 gun. #goodtimes. Then we got to play it again this summer at Solar and we made some adjustments after having the luxury of seeing dance floor reactions it got for the good part of a year. This is our third record together, our second for Heldeep and we are already started on a fourth project together. Buy the ticket, take the ride and dance until the end of the world” – Tommie Sunshine