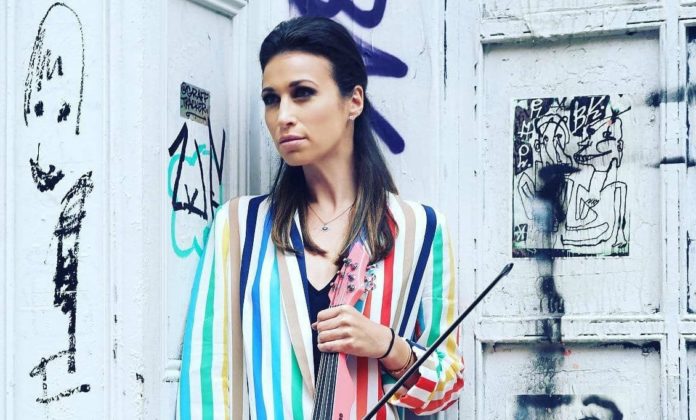 Produced by Sarah, the project is already receiving positive feedback. Her six string violin is driving the melodic lead, while the song borrows themes from the composer’s “Winter” and bridges Sarah’s classical roots with her more widely recognized electronic sound. OnePhotography is the team responsible for the creative video – where we see modern ballet dancers and Sarah bringing the Cryorhythmic vibe not only as a sound but also visually.

As a soloist, Charness has toured North America with the American progressive-rock band, the Trans-Siberian Orchestra. In 2015, she headlined at the Summer Experience Music Festival in Capetown, South Africa, and has appeared as the feature performer during the New York Knicks halftime show at New York City’s Madison Square Garden, The Chicago Bull’s halftime show at the United Airlines Arena, as well as on the runway during Mercedes Benz Fashion Week. Charness has appeared on “The Today Show” (NBC-TV), “NY-1” (Time Warner Cable) and on “NBC Nightly News” (NBC-TV). Sarah has also performed at Radio City Music Hall and Carnegie Hall in New York City, The John F. Kennedy Center for the Performing Arts in Washington D.C., The Chicago Theatre in Chicago, Massey Hall in Toronto, and the Prague Opera House in the Czech Republic. Charness has performed with acts including The Chainsmokers, Jonas Brothers, and Sigala, and has opened for Steve Aoki, W and W, Diana Ross, Ne-Yo, And Flo Rida among others.

Cryorhythmic is available on all streaming platforms.