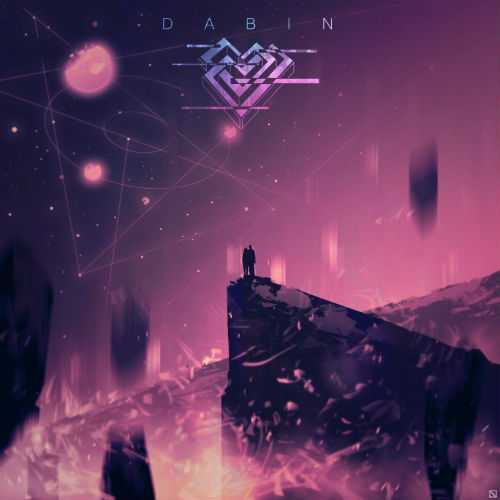 Having spent the first 3 months of 2017 touring relentlessly across North America with label mates Black Tiger Sex Machine, Toronto-based producer Dabin has been killing it non-stop, and now to truly up the ante, he’s ready to unveil the extent of his hard work in his ‘Two Hearts’ LP – out now via Kannibalen Records.

Kicking off with the stunning title track ‘Two Hearts’, Dabin treats listeners to a soul-soothing cut, which glides along on gentle instrumentals and a silky female vocal piece. Next up is ‘Hold’ Ft. Daniela Andrade, which has already amassed 5 million streams online and become a fan favourite. The third offering, ‘Sanctuary’, switches up the tempo, and brims with ethereal synths and high energy while ‘Hazy’ allows Dabin to show off his impressive knack for live instruments, as he delivers a laid-back and soulful cut, which moves gently over its 3 minute duration. Teaming up with Jenni Potts for ‘What It Was’, Jenni’s lush vocals are paired with jagged synths, resulting in a unique fusion of sounds. Opting for a softer feel, ‘Helium’ Ft. Lexi Norton focuses on her vocals, leading the listener through a emotive monologue with stripped-back percussion. Turning up the temperature with ‘The Fall’, Dabin moves things into a different dimension with a flurry of edgy synths paired with rock-infused instrumentals. Up next is ‘Lilith’, a mammoth collaboration with Apashe & Madi. Dominating the soundscapes over its 5-minute duration, ‘Lilith’ uses industrial synths and futuristic pads to drive the track home. Teaming up with Koda for ‘Worries’, Dabin shifts the mood once more to bring a melancholic feel, experimenting with an indie-rock vibe paired with Dabin’s signature synths. The penultimate track comes in the shape of ‘I Still Feel You’, which blends oriental melodies with upbeat percussion and chopped vocals. Closing the LP with his majestic track ‘You & I’ Ft. Jenna Pemkowski, Dabin’s innate ability to create masterpieces from all over the dance music spectrum shines through with ease.

Hailing from Toronto, this 24-year old producer has been taking the dance music world by storm. Amassing well over 30 million streams online over the past three years, Dabin has become renowned for his captivating productions and his mind blowing live performances. Performing with the electric guitar, drums, controllers and keyboards, Dabin reaches for the stars in every sense of his musical career, and has found his place in the world of dance music with his signature sound and infinite talent.