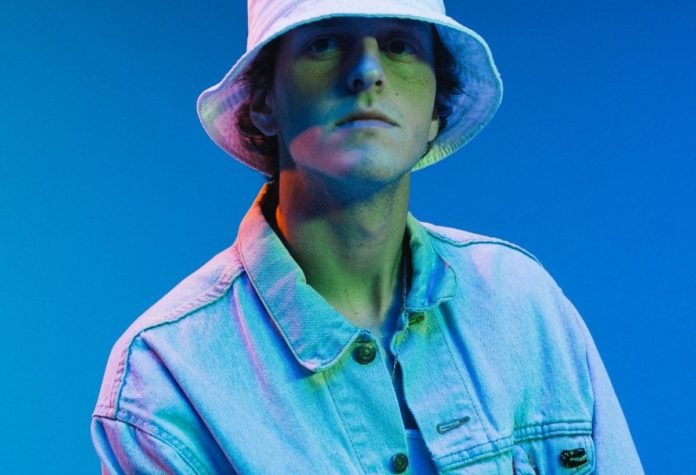 After announcing his ‘Overstimulated’ EP a few months ago, Daniel Allan has become a fixture in the ongoing evolution of independent artistry in the web3 universe.

Lead singles “Say What You Want” feat. DEEGAN, “Feel Like That” w/ Idarose, and “Too Close” feat. Bloody White gave the world a stylistic glimpse of what was to come and this much was evident: this project is Daniel Allan at his absolute creative best for a number of reasons. The full ‘Overstimulated’ EP is out now, marking the beginning of a new era in this emerging artist’s promising career.

“Overstimulated is a project that comments on my personal journey and its overwhelming nature. When life gets hectic, my primary coping mechanism is to lock myself in a room and work it out with music. Sometimes I don’t really know how to communicate, so I suppose this project is my way of sharing that experience with the world..” – Daniel Allan

The ‘Overstimulated’ EP stands for so much more than just a selection of high-quality tracks, meticulously produced, mixed, and mastered by Allan himself. After working with major record labels and deep-diving into the current industry, Allan realized “how difficult it was to give up so much of [his] master ownership for fairly little in return.” After friend Cooper Turley (@coopahtroopah) explained the intersectionality of NFTs and music, Allan was sparked and his release development process was changed forever.

With this release, he has ideated a nuanced way of developing not only his art but music projects as a whole, effectively providing a blueprint for independent artists to establish artistic and financial freedom. No more reliance on labels, investors, or outside parties that hinder his creative flow with unnecessary expectations and demands.

Instead, he has full control of the entire process. Acceptance and self-discovery are a distinct influence throughout ‘Overstimulated’ and in his new EP, it’s clear to see he’s at peace with his artistry and putting his absolute best product forward.

The ‘Overstimulated’ EP campaign was crowdfunded using crypto through Mirror – raising 50 ETH, or approximately $190k in a day from fans. Backers purchased NFTs with exclusive benefits like VIP tickets and received $OVERSTIM tokens to participate in governance. The full campaign can be found here.

After growing up in Louisville, Daniel was in middle school when he started to learn music and vocal production. Having no experience, he set up shop in his bedroom closet where he proceeded to record everyone that had any semblance of a demo. By Allan’s sophomore year in high school, he eagerly suggested to be their producer too.

After spending all of the money he earned on a ticket to Lollapalooza, he was instantly hooked and over the course of the next four years would go to as many shows as he could. During this time, he proceeded to produce heinous amounts of EDM and became addicted to the process of artistry.

Following the footsteps of inspirations Odesza, Flume and Kanye West, Daniel branched out into the electro-pop style of dance music. From remix collabs with Wrabel & Kesha to his hit single “Stubborn” with Jake Neumer, Daniel continues to work with up-and-coming artists alongside established giants alike. Allan is an artist you simply can’t miss. His expansive music catalog accounts for over 15 million cross platform streams and has pushed him to the furthest corners of the world. Revered for his addictive sound and ability to be forward-thinking, as a storied professional, Daniel Allan is like no other.

featured Akshay Bhanawat - October 7, 2022 0
1605 is the revered label of Solvenian techno pioneer UMEK who has long been at the height of his powers, continuing to demand top...

EDM News Akshay Bhanawat - October 7, 2022 0
The game-changing 808 Festival is back for its biggest and best edition yet from 9 - 11 December 2022. ...
ABOUT US
What started as an interest, slowly turned into a passion, and before we knew it, we had curated and founded a thriving community of avid electronic dance music lovers.
FOLLOW US
© Copyright 2022 - T.H.E Music Essentials