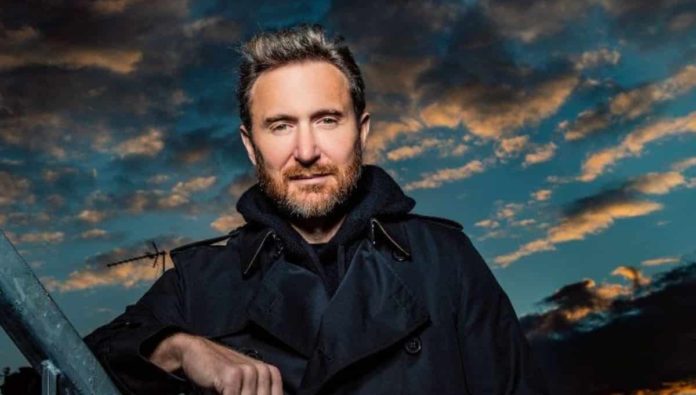 For his next single he teams up with two more incredible names, in the form of Capital Radio DJ and tastemaker MistaJam and pop-soul sensation John Newman, as they release ‘If You Really Love Me (How Will I Know)’ via Warner/Parlophone today.

“Who can resist the chorus from such a classic record as ‘How will I Know’! Full of old skool Piano House grooves, this has sunshine all the way through it. Working with MistaJam and John Newman together has made it my 2021 song of the summer” – David Guetta

David Guetta is one of the world’s most recognised DJ & producers, Multiple-Grammy Award winning and one of the most celebrated artists in the world. With further accolades to his name such as being in the Top #10 most streamed artists on Spotify of all time, Voted 2020 #1 DJ by DJ Mag and Best Electronic Act at MTV European Music Awards, he has over recent months reaffirmed his position at the very top of his game. He recently raised over $1.6 million through his United At Home livestreams for Covid related charities including UNICEF and the World Health Organization.

Guetta directly follows on from his recent smash release with Joel Corry and Raye ‘BED’, as well as ‘Heartbreak Anthem’ with Galantis and Little Mix and he now looks toward his next instant summer classic alongside MistaJam and John Newman. ‘If You Really Love Me (How Will I Know)’.

This is primed to take over as this year’s summer anthem, with feelgood piano tones intertwined with John Newman’s smooth vocals, the trio inject an infectious and euphoria driven sound, to breathe new life into the Whitney Houston classic.

The release is co-produced by one of the UK’s leading and most prominent music tastemakers – MistaJam. A broadcaster and DJ who was at the forefront of breaking new records in the UK on BBC Radio 1 & 1Xtra with his ‘Dance Anthems’ show, more recently he’s made the switch to Capital Radio where continues to push forward the next generation of artists across Capital and Capital Dance.

“The first Whitney Houston album that the original ‘How Will I Know’ appeared on was always playing in my house growing up. I’ve still got the vinyl! So, it was really cool to flip that meaning of that song into ‘If You Really Love Me (How Will I Know)’ – from something about the start of a relationship to something about the end of one. As an artist I’ve admired for years, it was amazing to finally get to work with David Guetta, especially alongside John Newman who I’ve had the pleasure of supporting since the start of his career.” – MistaJam

In addition, John Newman completes the trio. One of the UK’s best recognised voices and bona fide pop royalty after registering an incredible three #1 UK singles with ‘Love Me again’ and collaborations with Calvin Harris and Rudimental, in addition to as amassing over 1 Billion streams combined and selling millions of records worldwide.

The Brit nominated artist is famed worldwide for his unique voice that blends the sounds of pop, R&B and Soul and positions himself perfectly to take on the iconic Whitney Houston lyrics.

“I’ve had the idea to remake this classic Whitney tune for so long as it’s a song that’s so special to me and my wife. It felt so natural to bring a new story and emotion of my own to the already incredible song and brought this new version of the song to life. When the opportunity came to do this song with David Guetta, someone who I’ve always wanted to work with – it was complete a no brainer for me.” – John Newman

With imminent support across the nation’s airwaves and an official video in the pipeline, this release will be at the top of summer playlists for this year and beyond.