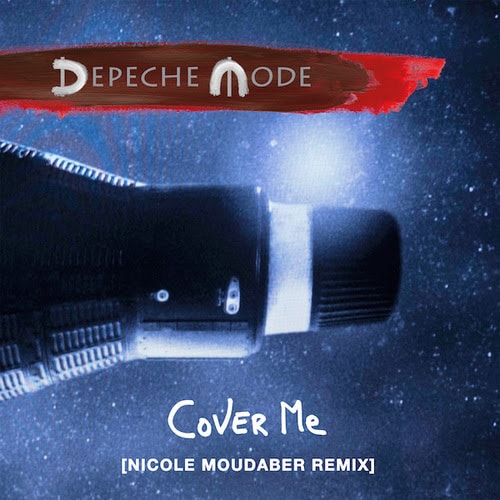 Nicole Moudaber continues her worldwide ascent with a remix of Depeche Mode’s latest release “Cover Me” as well as announcing a fall 2017 US tour.

Nicole’s six US dates will see her tour from coast to coast including hosting and curating a branded Nicole Moudaber Presents MoodZONE stage at Insomniac’s Escape Halloween. Having also recently premiered a mini-documentary on Huffington Post, Nicole Moudaber proves once again why she is an unstoppable force in the world of dance music.

The remix of “Cover Me” originally on Depeche Mode’s 14th studio album Spirit, perfectly pairs Moudaber’s love of dark techno with the moody, synthetic sound and provocative lyrics of the seminal new wave synth band. The result makes for a club hit that is dark and melancholic perfectly pairing Moudaber’s signature heavy-hitting bassline with the eerie melodic lyrics of the legendary band.

“A few years ago, I hung out with Martin Gore in London and at his country house in England,” Moudaber tells Billboard. “I never thought back then I’d be working with Depeche Mode one day. Depeche were such a huge part of my life growing up — I’m a massive fan and it’s a tremendous honor to work on a remix for them. Being able to work with Dave Gahan’s vocals in the studio and drape them in hypnotic techno was really special for me and I’ve experienced some really magical moments playing the remix out in clubs around the world.”

The one woman techno machine will touch down on October 27 for a show at Kingdom in Austin, Texas before making her way across to San Bernadino to host her popular MoodZONE stage at Insomniac’s Escape over Halloween weekend. The stellar lineup stage takeover reads like a who’s who of techno: Chris Liebing, DJ Tennis, Pan-Pot, Paco Osuna, Shmitty, and DJ Mag’s Best Breakthrough DJ of 2017, Lauren Lane. Moudaber will then pick up her tour on November 10 with shows in Chicago, Miami, Detroit, and Goldrush Music Festival in Arizona.

Recently premiering a mini-documentary on Huffington Post, Moudaber who is more than just a leading artist, but also a label owner, radio show host, festival curator, promoter, and merchandise designer, takes fans on a journey through her life on the road, her passion for race-car driving, and personal commitments to community and charity.

Depeche Mode’s “Cover Me” Remixes are available now on iTunes.