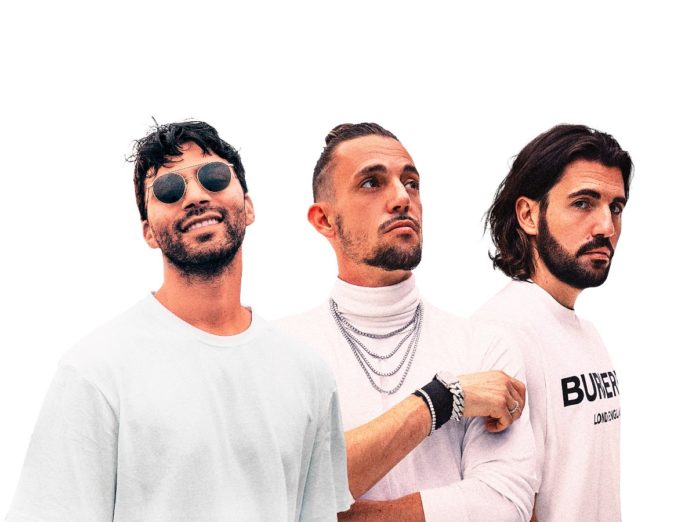 Just in time to cure the winter blues, Dimitri Vegas & Like Mike and R3HAB team up to put a spin on a classic with their rework of “Santa Claus Is Coming To Town.”

The three all-star producers infuse the original’s singsong melodies with a deep, groovy bassline and percussive synths during the chorus, complementing the dance-friendly vibes with distorted vocals. This is not the childhood tune of your memories; the “Santa Claus Is Coming To Town” makes for a merry and adult-friendly version of the old favourite. Although the continuing global pandemic has many of us celebrating differently (and distantly) this year, R3HAB and Dimitri Vegas & Like Mike wanted to bring their listeners a little bit of winter joy.

“It’s always a good time working with Dimitri & Mike, and we’re excited to share our version of this classic record with everyone. We want this to be a gift to our listeners and a reminder that winter is a season for happiness and togetherness. Be generous and good to each other, and remember good things are ahead.” – R3HAB

“It’s always fun getting in the studio with R3HAB. We have great synergy and know each other’s strengths, so the ideas always flow naturally. After a tough year, we hope we can spread some positivity over winter and give something back to the people that continue to support us.” – Dimitri Vegas & Like Mike

Dutch/Moroccan DJ and producer Fadi El Ghoul, better known as R3HAB, has been trailblazing his way through dance music for the better part of the last decade. From his breakthrough hit remix of Afrojack, Pitbull and Ne-Yo’s “Give Me Everything” to his dance anthems, such as “All Around The World (La La La)” and “Lullaby,” which have collectively amassed over 600M streams, to his collaborations with the likes of ZAYN, Andy Grammer, Sofia Carson, Timmy Trumpet and more, R3HAB has proven to be one of the most talented and forward-thinking artists in the game. He partnered with Spotify and GATTÜSO to create the first-ever official “mint” single release. In 2016 he founded his label CYB3RPVNK, which passed one billion streams on its catalog within the first two years since its inception. R3HAB himself continues to evolve and diversify his sound by working with a variety of artists around the globe, experimenting with everything from hip-hop to pop through his collaborations. With his combination of innate artistry and innovative attitude, R3HAB is continuing his journey. Keep an eye out for what’s next!

Since their debut in 2007, Dimitri Vegas & Like Mike have been making waves with hits like “The Hum,” “Higher Place” in collaboration with Neo, and “Hey Baby” with Diplo, all of which went Platinum and spent record amounts of time on the Billboard Dance chart. Further flexing their prowess, the brothers teamed up with Hans Zimmer for a rework of “Dead Men Tell No Tales” from the 5th instalment of Pirates of the Caribbean. Then teamed up with David Guetta and Kiiara on “Complicated,” which has almost 150 million streams on Spotify and over 80 million Youtube views, and released one of the biggest songs of the summer 2019 “Instagram,” which also featured David Guetta, Afro Bros, Daddy Yankee and Natti Natasha. Pairing these chart-topping accomplishments with a packed tour schedule that has included Tomorrowland, EXIT festival, Creamfields, EDC Las Vegas, and more, the world has fallen in love with the duo’s high-energy performances and dynamic style. Always evolving with the times, Dimitri Vegas & Like Mike are certainly ones to watch.