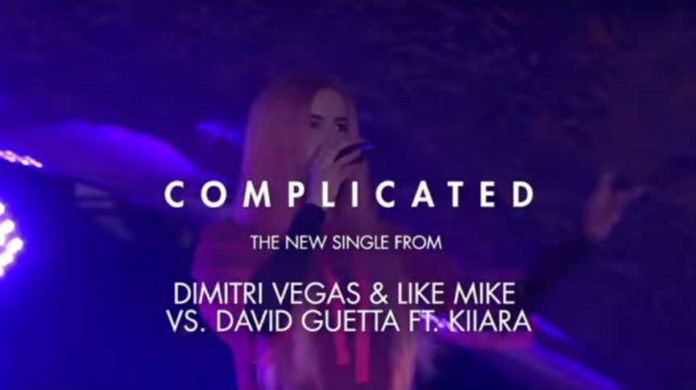 Dimitri Vegas & Like Mike have teased their forthcoming collaboration with David Guetta and Kiiara, dubbed ‘Complicated’, ahead of its 28th July release via Sony Music.

The duo previewed the effort in grand fashion this past weekend on the White Isle, bringing Guetta out for a back-to-back performance before premiering the star-studded production in front of the live crowd.

“We’re really excited to have signed with Sony Music,” exclaimed the former Top 100 DJs about their debut release through the major. “The label is one of the most iconic identities in the history of the music industry and has been a driving force behind so many musical figures across rock, pop, hip hop and more recently electronic music. It’s a proud moment for us to be joining the lineage of Sony Music artists.”

What do you think about this collaboration?