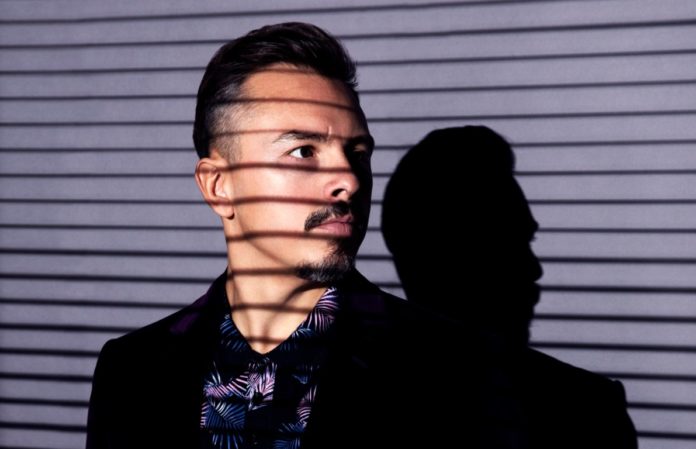 With an artist name that pays homage to 80’s funk hero Prince and the uplifting dance beat of Gloria Estefan’s ‘Miami Sound Machine’, Purple Disco Machine was destined to bring together the elements of synth pop, funk, Italo Disco.
With over 250 million streams across his works to date, and a recent run of remixes for A list stars including Dua Lipa, Mark Ronson, Robert Surace, Foals and Sir Elton John, Purple Disco Machine impresses once again, creating a modern and sophisticated take on the decade that has inspired him so greatly – the 80s. Further announcing his sophomore LP for release next year, the next 12 months will see Purple Disco Machine deliver his most outstanding work to date.

Enlisting the help of exciting indie British newcomers Sophie and the Giants on the single, Purple Disco Machine, adds their alluring vocals to the instantly engaging melody, and funk fuelled bassline, that has become synonymous with so many of his dance-fuelled hits.

Certified as one of the most prolific electronic artists of our generation, the Dresden born producer ranks #2 on Beatport’s all time Top Artists, with his 2013 breakthrough hit ‘My House’ remaining as one of the platform’s best-sellers through to today. With an undeniable midas touch, Purple Disco Machine landed himself in the record books once again in 2018, whilst amassing a stunning 100 million streams across his original ‘Dished (Male Stripper)’, and remixes of Weiss’ ‘Feel My Needs’, and most notably his remix of the seminal ‘Praise You’ by industry icon Fatboy Slim. With a slew of varied releases including hit singles ‘In My Arms’, ‘Body Funk’ and ‘Devil In Me’, the producer’s status was propelled by his debut LP ‘Soulmatic’, earning him critical acclaim across the globe. Making a clear impression on his peers, Purple Disco Machine has now added to his to his already stellar list of remixes for Calvin Harris & Rag n Bone Man, Weiss, Years and Years, Fatboy Slim, Rufus Du Sol, Gorillaz, Chromeo, Jamiroquai, Two Door Cinema Club, New Order, Claptone, Tom Odell, Faithless, Shapeshifters, Hercules & Love Affair and Sigma Feat. Paloma Faith.

On the live scene Purple Disco Machine is prolific having played over 100 shows around the world in 2019 including tours in the US and South America and a coveted slot at BBC Radio 1’s Big Weekend. He also performed at festivals around UK & Europe including We Are FSTVL, Defected London Festival, Tomorrowland, Parookaville and El Dorado as well as Ibiza residencies at Glitterbox and Pacha, cementing his status as an essential live act.

Sophie and the Giants hail from Sheffield and in their short existence have racked up over 10 million streams from their debut EP, ‘Adolescence’, and dropped the standalone singles ‘The Light’, ‘Break The Silence’ and ‘Runaway’. They’ve also picked up fans at Radio with support from BBC Introducing, Radio 1 & Radio X. in 2019 they supported Tom Grennan, Barns Courtney and played a multitude of festivals including Radio 1’s Big Weekend, Glastonbury and Reading festival as well as completing their biggest UK headline tour to date in October.