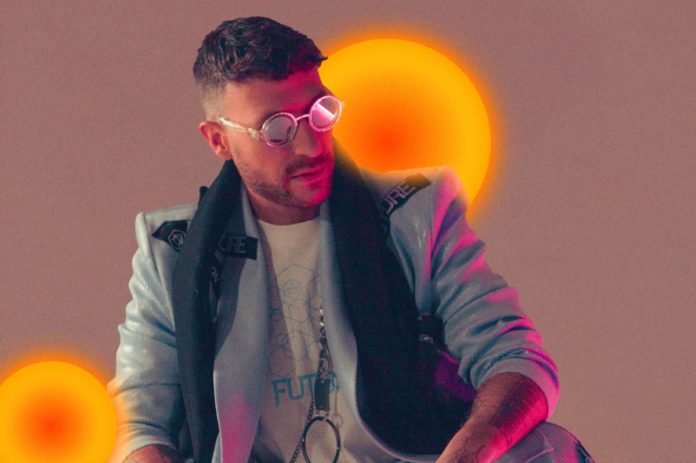 After months of speculation Dutch visionary Don Diablo has delivered his highly anticipated album ‘FORΞVΞR’ – out now via his HEXAGON imprint.

Several years in the making, ‘FORΞVΞR’ is a carefully curated 21-track selection, that sees Don deftly move between genres and soundscapes to take his listeners on an aural journey that encompasses his past and present, into the future.

True to form, the album features a host of collaborations with international stars such as Emeli Sandé, Galantis, Gucci Mane, Zak Abel, Andy Grammer and Ty Dolla $ign as well as offering a platform to rising acts such as Au/Ra, AR/CO & Freak Fantastique.

A labour of love, Don’s much-anticipated album is a deeply personal reflection of his journey over the last few years. Taking on many forms since he first began working on it, ‘FORΞVΞR’ marks his ever-evolving sound and inherent gift to approach new genres with familiarity.

As with every one of his creative outputs, from the album art to the final notes of the last track and the meticulously arranged tracks within, Don’s attention to detail is second to none.

Speaking about ‘FORΞVΞR’ Don said, “After my last album ‘FUTURE’ I started working on the new album straight away. I also decided to do an album tour before the new album release this time so I could test out the new music in Tokyo, London, Milan, Paris and New York. After these shows I went back into the studio to put the finishing touches to the music when we suddenly went into a worldwide pandemic. The world changed and along with it my mind state. I decided to take my time and go back to the drawing table straight away. For the first time in a long time I had more time than ever to reflect and experiment. I was able to create without any outside pressure and put some of my most personal thoughts, feelings and emotions into my music. Every song on the final album now has its own unique story and place in my heart. I tried to maintain my trademark sound as a producer whilst showcasing a more mature side of myself as a musician. Almost two years later than planned, but here we are…I am excited to finally share “FORΞVΞR” with the world!”

A world-class producer, Don’s innate ability to tap into different genres whilst always staying true to his signature futuristic sound has earned him legions of fans across the world. Created with a level of love, dedication and perfectionism that one can only expect from Don Diablo, with the release of ‘FORΞVΞR’ the globally adored Dutch man is set to leave yet another indelible mark on the dance music community.