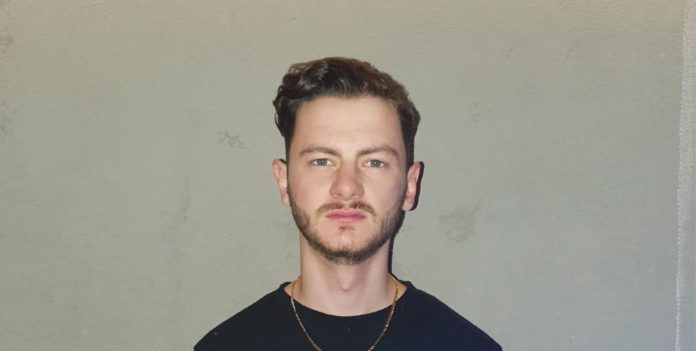 Double Agent is back in action with a wonk-laden double-sided bass house single ‘Magic Potion / Braindead,’ on IN / ROTATION imprint.

The Australian groove specialist—real name Bryce Nad—has been on a tireless mission to infiltrate the house scene armed with nothing more than an affinity for bassline-driven weapons. He recently snuck his way into our vicinity by way of some slinky debauchery on his collab with SODF, “Come Over,” a feverish night call that fit in perfectly on the most recent installment of IN / ROTATION’s ‘Rotate’ compilation. Although the hormones are still raging with full strength since his sweaty label debut a couple of months ago, the covert operative is ready to deploy a cheeky two-track effort as he gears up for his first solo outing on IN/RO.

On the initial leg of his new assignment, he whips up a wacky concoction called “Magic Potion.” The potent elixir has a long-lasting and profound effect, with its side effects leading to unspeakable reactions to the bassline tomfoolery and hypnotic vocal loops in its chemical composition. Its secret formula is a dizzying mixture of buoyant drumbeats, swerving car samples, laser-powered flourishes, sleazy synth wiggles, irresistible bounce and some spoken word bravado meant to help wash it all down.

“Braindead” somehow manages to up the ante in the weirdo department, taking a silly slight at itself in a semi self-deprecating fashion. But despite the nasty name calling, he proves it’s much better to shake it off and just roll with the punches. The rollicking basslines are the driving force, keeping you focused on the elastic rhythm while a nonchalant hook doesn’t let ill-mannered accusations get underneath his skin. From the confidence alone, this number wins you over.

“For this EP, it was all about the wonk factor,” says Double Agent. “I tried to make both songs as quirky, playful and swung-out as I could; the type of tracks that get your head rolling around on your neck. The vocals are super catchy while not taking themselves too seriously, meaning both songs can slide effortlessly into either a sweaty club night or a groovy house party.”

His credentials for pushing boundaries on the dancefloor date back almost a decade, so you can say he has a handle on putting the wonk to work. Over the years, he’s established himself as a formidable force in the field with a long line of releases touching down on Terminal Underground, Night Bass, Club Sweat, Confession, and back at base with the Medium Rare Recordings crew. Double Agent has taken up the task to inject some fun into every track he touches, and there’s good times galore waiting to be had across both tracks of his ‘Magic Potion / Braindead’ release.