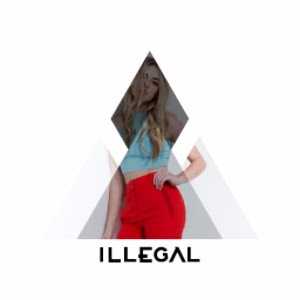 Starting off 2016 strong with a monster remix of Skrillex/Big Grams’ “Drum Machine,” New York based producer/DJ Ian Spurrier aka Fareoh continued the momentum with his Hype Machine dominating remix of Skizzy Mars’ “Alcoholics” and nostalgia infused single “Cloud Ten.” Returning today with his next single “Illegal,” out now via Ultra Music, he showcases yet again his melodic and illuminating production style that has awarded him a loyal fanbase and helped him garner millions of streams to date.

“Illegal” features the sweet and soaring vocals of 26-year-old songstress Katelyn Tarver, who gained attention last year earning remixes from the likes of Young Bombs, Samuraii and Skizzy Mars, being featured in 2016 on Lost Kings’ single “You,” and more recently the release of her own summer anthem “What Do We Know Now.” Her catchy lyrics paired with Fareoh’s joyous and playful melody together create an infectious, radio-friendly track that can be enjoyed blasting in the car or on the dancefloor.