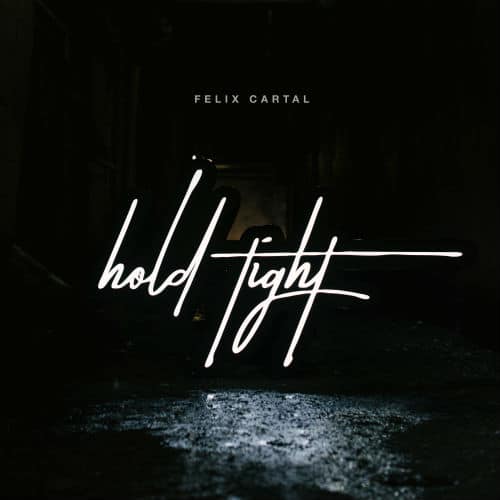 In a world where adversity and diversity constantly threaten to tear us apart, dance music culture has always provided a safe haven of unity. Felix Cartal emulates this feeling in his new release – Hold Tight, the B-side track to his recent hit “Get What You Give.”

Though the track only possesses one lyrical sampling — its namesake “Hold Tight” — it conveys an emotionally powerful message through its euphoric and yet wistful melodies. It’s a song for the tough times, when everyone needs to know there’s a light at the end of the tunnel; it’s a song for the good times, too, when it seems as though life couldn’t possibly be better.

“I liked the Hold Tight phrase, which I sampled from “Get What You Give”, as a theme,” says Felix, “I think embraces are very powerful, and the mood of the song has this sort of unresolved feeling – like we are all searching for a moment of togetherness.”

This one could be a tear-jerker or a complete bliss-out experience at a live show. In either case, Cartal proves that sometimes, all you need is a hug. “Hold Tight” is released in collaboration between Polydor Records, Capitol Records, and Physical Presents and the single just got its official music video.

With his dreamy, melodic and yet dance-floor friendly sound, Felix Cartal has established himself as a force to be reckoned with in modern dance music. His Spotify channel has garnered over 45 million streams, and his track “Killing Time” with R3hab reached over 4 million streams just a few weeks after its release. Felix’s appeal lies in his ability to convey complex emotions through his music, like the hopeful angst of his recent release “Get What You Give,” leaving listeners with a positive emotional catharsis. To this effect, “Get What You Give” has soared to the #1 spot on Sirius XM Chill and the Hype Machine and is quickly climbing the Canadian Top 40 radio chart. With such immense recent successes, we can’t wait to see what’s next for Felix Cartal. Catch him on one of his North American tour dates this fall to experience the magic for yourself.