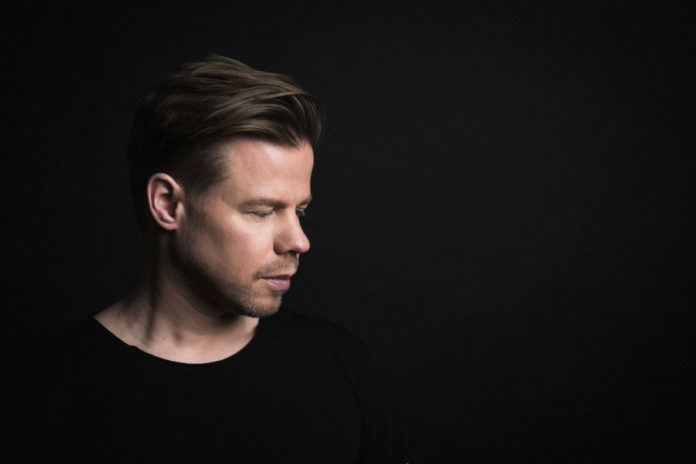 2019 has been one of the most productive for Ferry Corsten yet, and now the Dutch native returns with the 2nd UNITY release of the year, as he joins forces with fellow electronic music connoisseurs Gabriel & Dresden on ‘I Am You’.

This year has seen Ferry undertake a number of high-profile collaborations with the likes of BT, Kristian Nairn and Johnny B, and he rounds off a prolific year with a single that once again highlights Ferry’s desire to think outside the box and bring new sounds to his loyal and captivated audience, a trait also displayed by Gabriel & Dresden, who have just announced their 2nd crowd-funded album ‘Remedy’.

The drums follow tribal, syncopated rhythms which instantly give the track a breakbeat feel, and it’s clear from the start that this isn’t your average Corsten track. Saw tones rip through the low end to signify both artists’ electro-leaning tendencies, while a vintage vocoder vocal is introduced, akin to peak Daft Punk, highlighting both artists’ wealth of experience and influences permeating throughout the waves of electronic music’s progression through the years. The breakdown paves the way for fans more familiar with both Ferry and Gabriel & Dresden’s more recent outputs, as an epic, arpeggiated synth ensures the track is still fully primed for mainstages and large crowds. It’s a fine balancing act, and through the standout vocal and anthemic progression, is a line that is treaded to perfection.

On working on ‘I Am You’ with Gabriel & Dresden, Corsten said “Gabriel & Dresden and myself have been working on this track for over a year now, and I’m really happy with the result! I never thought a collaboration between us would end up being such a driving, industrial track, so it was a very fun project to work on!”

Gabriel & Dresden had this to say about teaming up with Ferry Corsten:”The word “legend” gets thrown around a lot today. We see folks calling artists who have only been around a few years “legends” on the daily. But Ferry Corsten is different. He is the one who invented the blueprint for the modern trance sound, so to be able to work with him on a song, using the same exact synthesizer he used to make many of his classics (Roland JP-8000) was truly a dream come true for us. We wanted to celebrate with this song the massive influence Ferry has had on not only us but so many of our peers too.”

Ferry launched the UNITY project in 2018 with his collaboration alongside Paul Oakenfold titled ‘A Slice Of Heaven’, and continued working with artists within the Trance community throughout the year, such as DIM3NSION, Jordan Suckley, Saad Ayub and Ilan Bluestone. After the success of 2018 Ferry has continued to pursue the project this year through collaborations with BT and now Gabriel & Dresden, with proceeds aiding VH1’s Save The Music Foundation, an organisation launched to reinstate music programs in public schools, which to date has raised over $53 million and helped over 2,100 public schools.