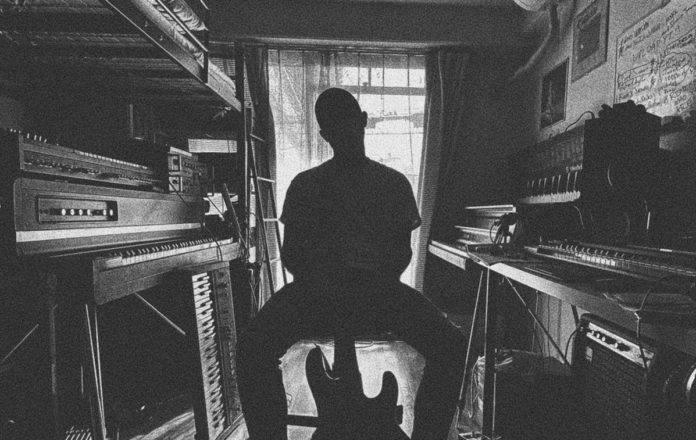 Following on from the viral success of his 2020 track ‘50/50’, Vantage returns to team up with GRAMMY award-winning artist, Todd Edwards on feel good track ‘Think I’m In Love’, out today on FFRR.

‘Think I’m In Love’ brings the energetic funk stylings of Vantage and fuses them with Todd Edward’s vocal wizardry for one of 2021’s sure fire stand out tracks.

Emerging onto the scene in 2015, Vantage has since cultivated an immersive world at the intersection of sound and technology. With a belief that the music and imagery should do the talking, Vantage has created an engaging visual world to coincide with his music on 2015 album ‘Metro City’ and channeled a sound that has been coined as ‘future funk’, on his distinctive second album ‘J-Funk City’ in 2019. More recently he saw his re-released single, ‘50/50’ becoming a viral hit via TikTok and found an audience on a global scale.

Todd Edwards is a name synonymous with electronic music, with a career spanning over 25 year he’s been widely credited as one of the ‘Godfathers’ of UK Garage. His perhaps most notable works have come in the form of his co-production & vocal credits with global icons, Daft Punk working on tracks ‘Face to Face’ and ‘Fragments of Time’, from the Discovery and Random Access Memories albums respectively, the latter providing him with an ‘Album Of The Year’ GRAMMY. An icon in his own right, Edwards has recently worked with artists such as Groove Armada, Tchami and Majestic, in addition to delivering his debut on Defected Records, ‘You’re Sorry’ charting at #1 on the Billboard Dance Chart.

Joining forces on ‘Think I’m In Love’, the forward-thinking pair deliver a track that is set to be a regular on radio and across dancefloors globally. Packed with a funky bassline and disco cowbells, ‘Think I’m In Love’ drives home the signature sound of Vantage and reinforces the undeniable influence of Todd Edwards impact on the worldwide music scene.

Vantage ft. Todd Edwards ‘Think I’m In Love’ is out now on FFRR.