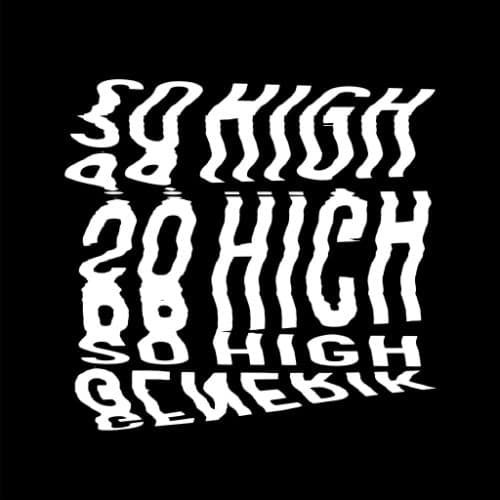 A melodic and upbeat track, Generik uses a consistently high tempo along with a thumping bassline to create this euphoric production pierced by rumbling breaks and old school 80’s inspired house beats.

Flourishing in his second home on the palm-clad strip of Hollywood Boulevard, Generik (a.k.a Tyson O’Brien) has been living his life as one vast non-stop, VIP-only party that gets bigger each week. Influenced by his LA lifestyle and the never-ending summer, “So High” acts as the follow-up to his mighty hits “The Weekend” which has amassed over 1 million Spotify streams to date, and “Be There” featuring the silky vocals of A*M*E (also featured on Duke Dumont’s “Need U 100%”).

Having catapulted himself into the public eye with a 2015 remix of Hayden James’
“Something About You,” Generik has since captivated the Las Vegas crowd, catching the eyes of industry heavyweights such as Diplo and Skrillex, and performing with Calvin Harris at Omnia and Wet Republic.

“Calvin Harris is like my older brother, but minus the wedgies,” Generik laughs. “I met him at Stereosonic and we hit it off immediately. He asked me to tour Europe with him on his private jet and we did 13 shows in 11 days in 8 countries. We were playing at this mega bottle club, and I ended up drinking all this champagne in front of Lamborghinis and Bugattis in Monaco – it was insane!”

Following his weekly residency in Las Vegas, and Grand Prix shows in Singapore, and Abu Dhabi (24-26th November), Generik is returning to Australia in his attempt to stay forever tanned. Performing shows across Australia, including the illustrious Spring Racing Carnival, the good vibes will keep rolling well into 2018 with “So High” showcasing the beginning of an exciting new chapter in this highly talented producer’s career.