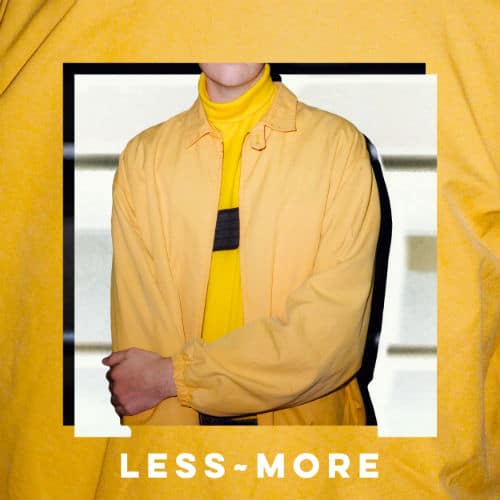 Australian producer Golden Vessel (real name Max Byrne) is gearing up to release his ‘Right/Side’ EP at the end of September.

He’s been teasing fans with a tasteful smorgasbord of sizzling future electronic R&B. His last release “Shoulders” hit #1 on HypeMachine within the first 24 hours and is currently streaming with 500k+ plays.

Today he reveals the final single before the EP release, “Less~More,” with fellow Australian artists OKBADLANDS. The single complete with gripping vocals, distorted synths and a twinkling piano rift prove once again Golden Vessel’s prowess, as he maneuvers between space and time, juxtaposing elements, sounds and melodies effortlessly. OKBANDLANDS share, “‘Less~More’ is about holding close what is dear to you and not letting anyone or anything get in between you and it.”

An official video accompanies the release today. “I wanted to create a music video for this song that was fast moving and felt like OKBADLANDS and I were just dancing in front of our bedroom mirrors. I met Harry Deadman and his small team who are into filming multi-format and old-film medium videos and thought the switching between Digital, 16mm, VHS, photos + more formats would create the movement and textures that were within the song musically,” says Golden Vessel. The video was shot on a wide range of film and digital formats creating a truly unique production. Everything from a Black Magic Ursa Mini, super 8mm film, 16mm film, mini DV, 35mm stills, a polaroid and a funky little 35mm nimlso for wiggle effects, were used.