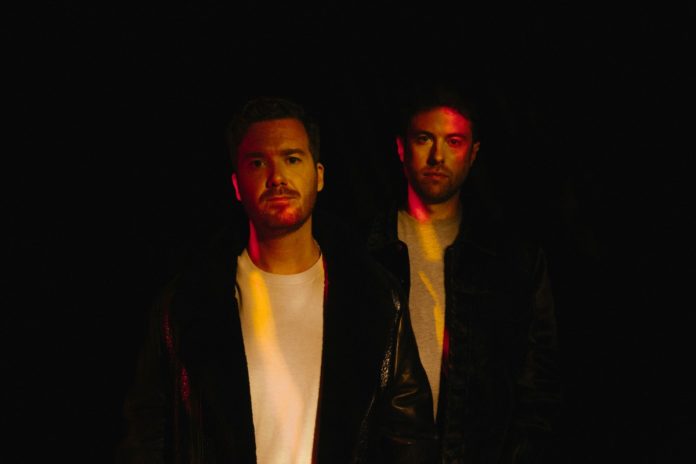 The UK & Chicago based duo of Kye Gibbon and Matt Robson Scott have become known for their addictive take on bass-driven vocal and deep house; carving out a distinct and instantly recognisable sound after producing a string of chart hits and underground dance floor moments.

The prolific pair have clocked up over 1.5 billion global streams to their name and close to 10 million singles sold across their career.

Gorgon City’s club-focused REALM imprint is home to the duo’s more underground and instrumental house cuts, which often emerge to fans for the first time via the duo’s packed DJ sets – previous tracks include ‘Lick Shot’, ‘Delicious’, ‘Elizabeth Street’ ‘Roped In’ ‘Motorola’ & ‘Grooves On The Vinyl’.

Their latest single ‘Trapdoor’; a playfully euphoric and driving house number was no different having been road tested to packed crowds in the Gorgon City REALM club shows in late 2019 and now comes packed alongside three previous label classics.

With an impressively growing discography packed full of outstanding releases, the past 18 months have seen Gorgon City release a series of standout singles. The recent ‘Burning’ ft Brooklyn singer Evan Giia accompanied by remixes from Snakehips and Ben Hemsley. The unmistakable track ‘House Arrest’ with Sofi Tukker clocked up over 12 Million streams in 10 weeks, topped international radio playlists and hit the #1 spot on US Dance Radio. The duo also collaborated with house music royalty ‘MK’ on ‘There For You’ and continued their innovative trailblazing with ‘Nobody’ featuring Chicago duo DRAMA.

The band are working towards and a string of live dates for 2021, a staple part of Gorgon City’s offering to fans. 2019 saw amazing live sets around the world including Coachella and EDC Vegas, Israel’s Get Lost Festival as well as sold-out UK shows at Printworks, Warehouse Project, Tobacco Dock and dates all around Europe and the US.