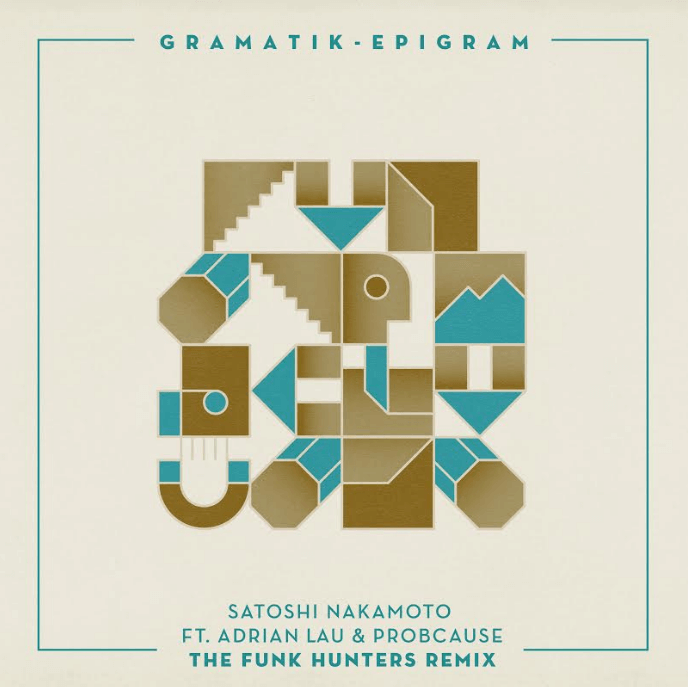 Just before 2016 came to a close, Gramatik treated his fans to the final remix pack of tracks from his album Epigram, – a work that stands as his celebrated as his most accomplished work to date.

Single “Satoshi Nakamoto” served as one of the most nostalgic tracks on the record as it represented a return to Gramatik’s hip-hop roots. A couple of sessions in the studio spliced with some signature production tricks, and the bits and pieces came together beautifully for MCs Adrian Lau and ProbCause to lay down some bars to complete the track. In honor of the timeless tune, Gramatik has invited a select group of tastemakers to throw their spin on the track for an official “Satoshi Nakamoto” Remix EP.

But one of the remixes didn’t make it onto the EP, and Lowtemp is now set to correct that by releasing it as a single, representing the final entry to the Epigram saga. The Funk Hunters are a Canadian producer/DJ duo, and one of the finest exports of funky bass music from the West Coast. Borrowing generously from the vast legacy of classic funk and hip hop, they aim to inject some much needed soul back into electronic dance music. And that’s exactly what they accomplished with their booming remix of Satoshi Nakamoto.