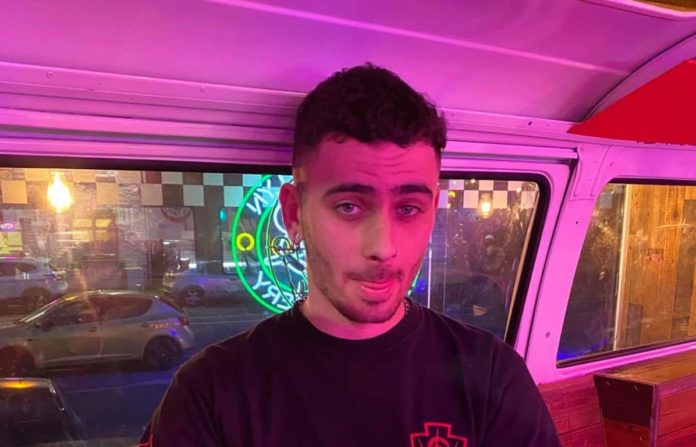 Painting yourself into a corner is a danger many artists fall victim to when they are on the up and up. Hukae is a dubstep producer hailing from Huddersfield, UK, who isn’t willing to let labels define him.

Over the years, he’s established mad street cred for himself on the strength of a serious output of riddim from across the pond. While the recognition he’s gotten from other likeminded heavy hitters in the scene should not be taken lightly, the time spent tucked away in isolation during the pandemic stirred up certain emotions he’s been grappling with internally.

Refusing to be pigeonholed, he’s ready to show the world there’s a side of the project that shouldn’t be eclipsed by anyone else’s expectations. His new single for SLANDER’s Heaven Sent imprint shows him stepping out from the shadows and into a new light.

A lilting breakdown allows a moment for inner peace to flourish with the help of chiming swirls and militant snares, only to rebound into unbridled energy for another round of fast-paced beats made from a smorgasbord of Hukae’s personal preferences.

“‘Umbra’ is a very different release for me. It’s basically a hybrid of all the genres I love in one song which is why it means a lot and why I enjoy it so much myself. ‘Umbra’ also means ‘Shadow’, and this is exactly where this tune has been for the best part of a year now, in the shadows! Mainly due to me being a bit nervous about how it would be perceived by fans, but the initial reaction and love has reassured me greatly. I am way more than just dubstep, I make anything and everything – I hope this song showcases that <3” Change can be uncomfortable, but evolving as a musician, artist or a human, in general, means looking fear square in the eyes and deciding to take the next step. Hukae has been an innovative voice within the riddim scene, having continually tested the limits of the genre through forward-facing cuts for camps such as Bassrush Records, NSD: Black Label, Cyclops Recordings, Bassweight, as well as an appearance on Gud Vibrations imprint through a zonked-out remix of SLANDER and Moody Good’s “Heart Break,” featuring a haunting vocal from KARRA. On “Umbra,” Hukae is positioning himself to shatter even more constraints in the forseeable future as he expands opens his portfolio up to fresh shades of bass music.