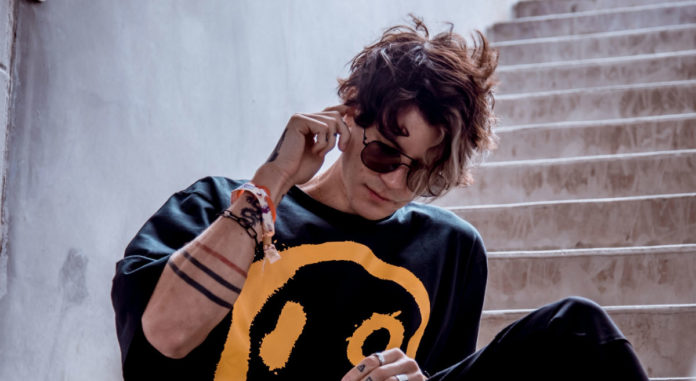 Following his House of God EP released earlier this summer on deadmau5’ imprint mau5trap and “Violence,” his recent collaboration with GRIMES, Los Angeles-based producer i_o will round out the year with a new album, a three-part project titled 444.

Everything can be hacked, as world renowned techno artist i_o has continuously proven. Combining dark heavy grooves and intense evolving melodies, i_o brings together dance music’s finest elements. With influences ranging from deadmau5 and UMEK to techno’s most underground, i_o is poised to take over the world’s main stages with driving sets that grasp and don’t let go.

Earlier this year his dark and suspenseful four-track EP House of God took over dance floors with its pulsing vocals and driving basslines. The EP has solidified i_o’s signature heavy sound in the forefront of dance music’s most exciting new arrivals. With prolific releases on mau5trap, co-signs from deadmau5, Above & Beyond and JAUZ, along with mesmerizing sets earlier this year at Ultra Music Festival, Electric Daisy Carnival, Creamfields and Electric Zoo, as well as direct support slots on deadmau5’ CUBEV3 tour in Dallas, Los Angeles and elsewhere, i_o is making his mark.