2019 has been a non-stop year for 32Stitches as the rising talent has already released four tracks since January, each more successful than the last.

Now, barely a month after the release of his jaw-dropping collaboration with BAER, ‘Are We There Yet’, the Indian producer/DJ is coming out with his biggest release to date, ‘Olympus’ is out VIA NCS.

“I’m a big-time gamer when I’m not making music and a lot of my inspiration comes from the content that I play as well. During the making of Olympus, I was heavily inspired by God of war. The battle of Kratos and Thor was the moment that inspired the whole idea, the track is a representation of that battle in my own style” -32Stitches

True to its namesake, ‘Olympus’ is an enormous track with a massive sound, marking a distinct change from 32Stiches’ more melodic and love-inspired previous release ‘Are We There Yet’, proving once again that he really can do it all. The intro and buildup of the song provide a distinct quiet-before-the-storm feeling, as 32Stiches incorporates orchestral strings, battle drums and tension-building risers that place the listener squarely in the midst of a heated battle between primordial beings and gods. The track goes on to see 32Stitches delivers an absolutely gargantuan sound in the form of towering chords and gritty background synths that rise high above even Mount Olympus.

32Stitches is one of the most exciting talents to have come out of the electronic music scene over the last couple of years. He first burst onto the scene with the release of his chillstep-inspired remix of Above & Beyond’s ‘Sun & Moon’, establishing himself both as an artist capable of appealing to mainstream audiences and as one capable of experimenting with a seemingly limitless array of musical influences, with releases via Sony, Artist Intelligence Agency and Universal that tap into every genre of electronic music; the producer’s most recent track ‘Need You’ out via Elixer climbed the ‘Electronic’ iTunes charts reaching #1 in India. His musical achievements were soon followed by enviable live call-ups, including performances at Run The Trap’s showcase alongside Fabian Mazur, LUUDE, Holly and Jamal, playing the ADE afterparty in 2017 and DJing at India’s only DJMag ranked club Kitty Su. He’s also opened for some of EDM’s biggest talents, such as TroyBoi, ATLiens, San Holo & DROELOE and more. 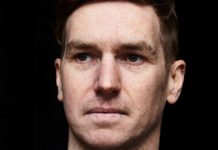 PREMIERE: Lex Luca Invites Tekes & N.i.M for a Special Double-Header on In Tune

Music Melody Siganporia - April 3, 2020
0
Alesso first teased “Midnight” on March 26th across his social media as he sent out a call for help from vocalists on the track....

EDM News Mmkrishna Cherla - April 2, 2020
0
EDC Las Vegas 2020 Cancelled? In recent times, the tour schedules of artists have been a great indicator for the happening of the event. Back...

Music Mmkrishna Cherla - April 2, 2020
0
New York based DJ/Rapper Ghost RAM’s mixtape “RAM’s World vol.2” is out now. This new Mixtape concept from Ghost RAM explores the idea of...
ABOUT US
What started as an interest, slowly turned into a passion, and before we knew it, we had curated and founded a thriving community of avid electronic dance music lovers.
FOLLOW US
© Copyright 2020 - T.H.E Music Essentials