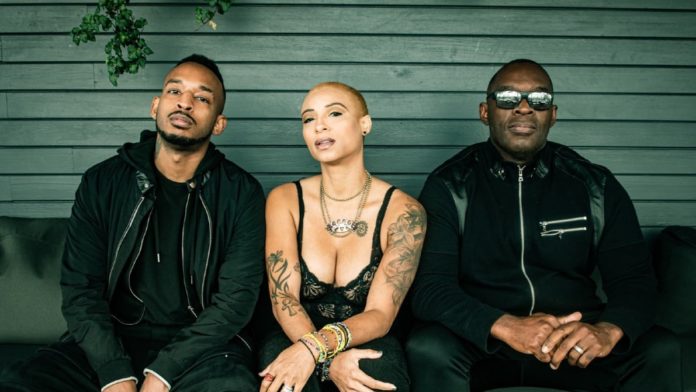 In their continuous quest to uplift people through the power of music, Kevin Saunderson, Dantiez Saunderson and vocalist Steffanie Christi’an delve into the new decade with the release of their first studio album together under a new formation, and the first released under Inner City for almost 30 years.

We All Move Together draws on Kevin Saunderson’s consistent drive to elevate, which has been present in him since he experienced the inspirational Paradise Garage in New York aged 17. A constant influence in his productions ever since, and a source which laid Inner City as a foundational group to lift spirits high.

The Inner City project fully relaunched in Spring 2019, with Kevin, Dantiez and Steffanie creating a major buzz across the globe. The trio treated both new and existing fans to fresh and exciting new music taken from We Move Together which proved to be the ultimate road test.

I Need Your Love, Save Me, Living A Dream not only resonated with the fans during the live show but also across the airwaves with Annie Mac, MistaJam, Danny Howard, Ana Matronic and Lauren Laverne all supporting the new wave of Inner City on their BBC shows.

After 18 months of studio sessions between touring, We Move Together is finally ready for full release. Kicking off strong with the eponymous opening track that features very special guest Idris Elba, speaking words of positive messages that continue to purvey through the rest of the album, which also includes guest vocals from Detroiter – ZebrA OctobrA.