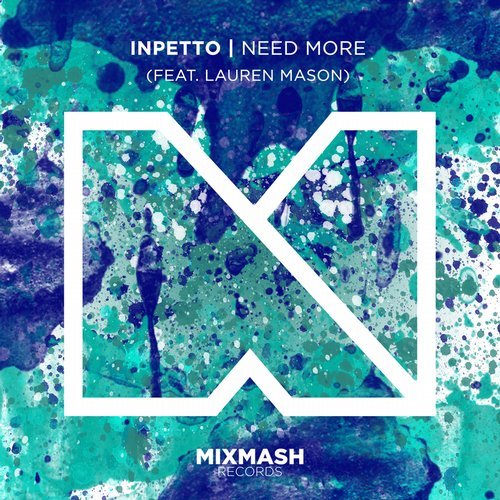 After receiving a huge reception from their collaborative release alongside Johnny Bravo with ‘U Got A Friend’ – German heavyweights Inpetto serve up their latest offering featuring the vocals of Lauren Mason. ‘Need More’ is out now via Mixmash Records.

No strangers to Laidback Luke’s Mixmash family, The Duderstadt Brothers are one of Europe’s ingenious DJ acts. The duo have been praised by dance music’s finest such as David Guetta and Axwell; their energetic original material and Mixmash reworks for Helena Legend ‘Pasilda’ and Sultan + Shephard’s ‘Chasing (In The Night)’ displaying the duo’s signature flare.

‘Need More’ features the vocals of English singer, Lauren Mason whose stunning vocals are surrounded by high-energy, warped synths and plethora of percussive claps & flitting hi-hats. Built around a skittering electronic structure, and having previously displayed stunning vocals on previous Mixmash release by Sultan + Shepard ‘Chasing (In The Night)’, Mason’s sultry vocals are chopped in the chorus – giving the track its well earned, club-facing prominence.

Continuing to prove themselves as one of Europe’s finest dance talents, Inpetto’s ‘Need More’ft. Lauren Mason adds fire to their ever-growing catalogue of releases and warrants both pivotal appearances at Parookville and Tomorrowland this summer.