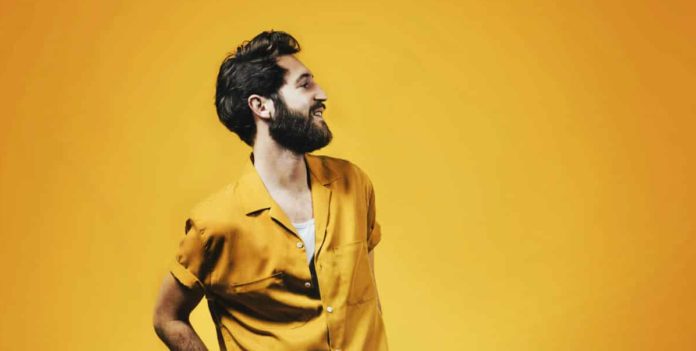 Drawing inspiration from his global tour and life on the road, the album is sprinkled with multicultural influences and features instruments from all over the world. The seventeen track LP is a collection of his notable work over the past few years including three acoustic reworks, collaborative track ‘Wonders’ with Klingande, and six unreleased songs. The full album is available now across all platforms via Ultra Music.

The album is a testament to the colorful encounters and cultural offerings that one experiences while sharing their art across the globe. Broken Back’s affinity to produce exuberant pop-influenced records is demonstrated with each track included on the ‘Good Days’ LP. The album kicks off with the highly regarded ‘One by One (Alle Farben Remix)’ which was originally released in August 2019. ‘One by One (Alle Farben Remix)’ is a whimsical composition featuring groovy percussion and nostalgic lyrics. The title track ‘Good Days’ was released a week ahead of the full LP and encompasses the sunny theme behind the entire album. ‘Young Love’ provides a funky electro-pop tribute to Broken Back’s prowess as a vocalist. ‘Anybody Else’ and ‘Wake Up’ serve as vibrant new additions to the French producer’s Rolodex. Music influences from around the world are evident in these two tracks, adding a unique flavor to the album. ‘Jack and Jill’ begins with a light guitar melody with a melancholic vocal overlay from Broken Back before cascading into a thunderous electro bassline. ‘Light Ya Fire’, ‘Day By Day’ and ‘King’ are fiery productions that entice the listener and compliment the versatility of the full album. The next five songs on the tracklist were originally featured on Broken Back’s ‘She Falls’ EP, released in May of last year. ‘Breathe Slow’, ‘The Sooner The Better’, ‘Breathe Slow’, and ‘She Falls’ each provide a unique lively component to the ‘Good Days’ LP. The collaborative track ‘Wonders’ featuring fellow Frenchman Klingande received high praise after its initial release in 2018. Broken Back wraps up the ‘Good Days’ LP with three reworks of ‘She Falls’, ‘Wonders’, and ‘Young Love’.

Broken Back’s sophomore album is a sonic journey that sends the listener worlds away through cultural influences and worldly instrumentals. Each of the diverse seventeen tracks, old and new, come together as a cohesive body of art. Beginning 2020 on a high note, Jérôme Fagnet is set to embark on some European tour stops to celebrate the impassioned release of ‘Good Days’.