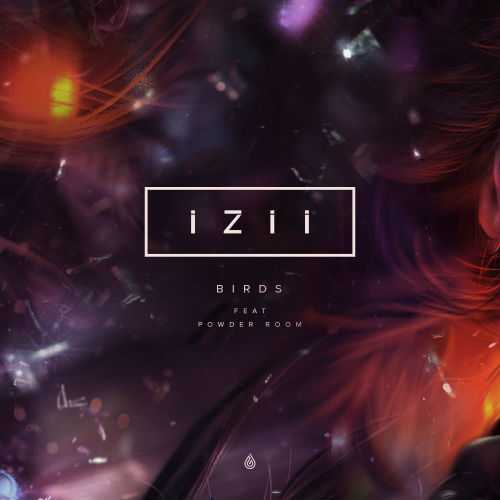 The enigmatic online presence IZII says that his persona represents how much music should be able to speak for itself.

That message is loud and clear on his brand new release, “Birds,” featuring vocals by Powder Room. It’s impossible to classify “Birds” with a cookie-cutter genre; the song is differentiated from everything else on the airwaves by Natalia from Powder Room’s raw, raspy voice, which give “Birds” a tangible, visceral that can’t be produced or faked. IZII follows her vocal performance with an intriguing and yet seamless fusion of acoustics and dreamy, synthesized basslines that are perfect for easy, groovy listening. “Birds” will appeal to a wide audience—fans of instrumental and electronic music can unite over this genre-bending, emotive masterpiece. “Birds” is being released on MrSuicideSheep’s label Seeking Blue.

The world is just beginning to familiarize itself with IZII, the mysterious act who first entered the peripherals of the electronic music scene earlier this year with his first song “Echo (Let Go),” a collaboration with Breathe Carolina. Having already released tracks on Armada and Spinnin’ Records so early in his enigmatic career, IZII has obviously captured the attention of fans and tastemakers alike. “Birds” originated after IZII heard the vocals of Natalia Kills (under the name Powder Room) and fell in love with the sample of the song. He’s not the first to be wooed by the voice of Natalia Kills–at the 59th Annual Grammy Awards, she received a Grammy for Best R&B Song nomination for co-writing Rihanna’s song “Kiss It Better.” As for “Birds,” within a week IZII had produced the music for the track and they both knew the world had to hear it. This is only the beginning of what IZII hopes is a chance to leave an everlasting mark on the music industry.