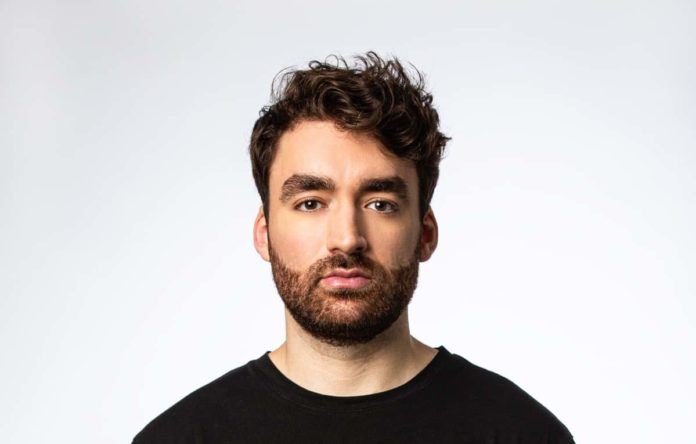 Out Friday, August 19, the single captures the sun-soaked melodies of Hype’s easy and breezy original, but shifts gears into a clubbier realm with playfully upbeat rhythms and addictively percussive drops. Put the pedal to the metal this Friday, with Oliver Heldens’ new remix landing on Island UK.

It’s hard to argue that James Hype and Miggy Dela Rosa’s ‘Ferrari’ isn’t one of the songs of the summer. In the short months since its April release, the tune was named, and is currently, BBC Radio 1’s Tune Of The Week, has been spun by a who’s who of the industry’s top acts, ranging from Armin van Buuren and Benny Benassi to Diplo, Tiësto, and Timmy Trumpet, garnered well over 150 million cumulative streams and recently landed on the biggest playlist in the world, Spotify’s Today’s Top Hits.

With none other than Oliver Heldens now taking the wheel and already hitting #1 in several territories, ‘Ferrari’ once again positions itself to continue its climb to the top of the global charts!

Oliver Heldens says – “Being a bit inspired by Afrobeat, Afro House and Melodic House, I wanted to take the summer vibe of the original to a next level by adding some organic catchy melodic/musical marimbas that perfectly mesh with the guitar & vocal hook of the original, and of course a funky signature Heldens type bassline that supports it all nicely and gives it a clubby touch.

Despite the organic, tropical & somewhat ‘chill’ sound overall, it’s been a true highlight in my sets, even in the more ‘mainstage’ festival-type sets. I hope you enjoy it as much as I do :)”

“Oliver and myself have been meaning to work with each other for a long while, so when the chance came for him to remix Ferrari I was down immediately!” says James Hype.

Fans of James Hype and Oliver Heldens will recognize that this isn’t the first time that the two superstar DJs have crossed paths. Not only did James Hype unveil a remix of Heldens’ ‘I Was Made For Lovin’ You’ just last month, but James has taken his globally recognized DJing skills to events hosted by Oliver and Heldeep Records in Miami and London, as well as an upcoming set at Mysteryland, on August 28.

In true ‘Ferrari’ fashion, Oliver Heldens’ new remix sits at the intersection between finesse and power. Perfect for everything from a headlining festival set to your favorite workout playlist, the new remix guarantees to take listeners from 0 to 100 in a matter of seconds.

The new remix comes off the back of Heldens’ latest releases, including his remix of Piero Pirupa’s ‘We Don’t Need’, as well as ‘Mercury’, the latest HI-LO smash that is currently sitting comfortably at #1 on the Beatport Techno (Peak Time / Driving) chart.

Meanwhile, Heldens’ huge collaboration with Nile Rodgers and House Gospel Choir ‘I Was Made For Lovin’ You’ has become the sound of the summer. His previous Anabel Englund-featuring smash ‘Deja Vu’ hit #1 on US Dance Radio and his remix for Adam Beyer’s monstrous ‘Restore My Soul’ under his HI-LO techno alias has been supported by a wide range of DJs worldwide.

Another recent release under HI-LO is the huge ‘Flying Octopus’ with Reinier Zonneveld, the fifth collaboration between the two Dutchmen who continue to bring their innovative sounds to the techno scene, contributing to HI-LO’s position as #4 best selling peak time Techno artist on Beatport over the last 18 months. With a jam packed schedule of summer festivals and headline shows ahead of him, he’s never short of big new tracks to delight the crowds with.