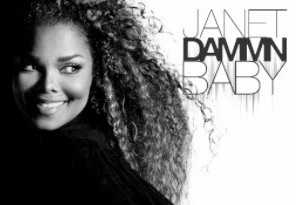 Contemporary house music king and Outcross label boss Miguel Campbell is back with a sure to be massive pair of remixes of the one and only pop heroine Janet Jackson.

Campbell has been at the heart of a creamy deep house sound for years now, not only as one half of MAM, but also as boss of his own Outcross Records which is now ten years old. He has also put out much loved and accessible EPs and LPs of sensuous house music on Hot Creations, Wolf+Lamb and Future Classic as well as recently remixing the likes of Basement Jaxx.

Now he tackles the iconic pop star Janet Jackson with an official release on Rhythm Nation/BMG. The track in question is ‘Dammn Baby’ from the American R&B queen’s #1 2015 album ‘Unbreakable’ and the results are stunning.

The club version is a mid tempo and widescreen house cut with slick drums and steppy synths all overlaid with Janet’s irresistible vocals. Some sci-fi melodies and big bass help add drama as things build to a peak, then when the cut drops again it is sure to send people wild.

The smooth version is another terrific piece of work from Campbell and reworks it as a super laid back and lovably lazy house groove for pool parties or ‘back to mine’ sessions. Jackson’s vocals are crisp and fresh and full of emotion, with some tinges of ‘80s throwback synths adding yet more charm to an already essential cut.

These are two fine reworks that will standout in any set. Tracklist: