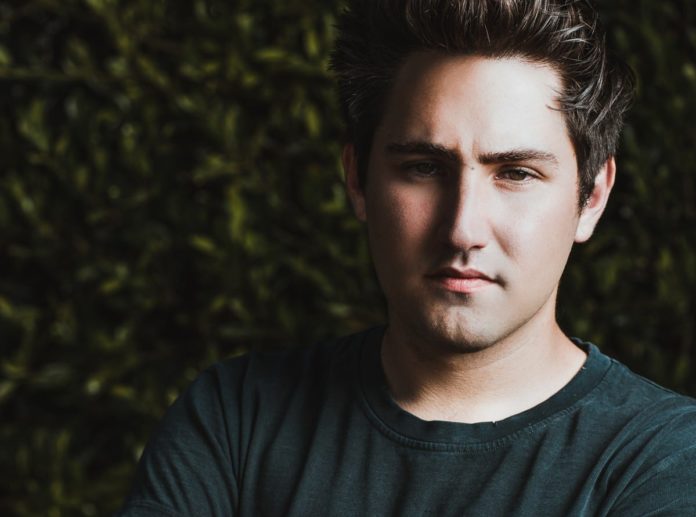 Jauz and Johnny Gold have linked up on new single ‘PPL’, out 29th April on Atlantic Records/Big Beat Records.

Channelling an infectious dance-pop sound, ‘PPL’ blends smooth vocals and euphoric breakdowns with a driving bassline that’s perfect for the dancefloor. Jauz’s second single release of the new year, it follows the groove-laden ‘Bring Et’, which was released via Jauz’s own Bite This! label. Looking ahead, he has a slew of high-profile shows to look forward to, including EDC Las Vegas, Ultra Europe and Tomorrowland.

“I couldn’t be more excited to have one of my first releases as an artist with not only a prolific artist and DJ like Jauz, but also a great friend,” Johnny enthuses. “Producing and creating songs that everyone can create amazing memories to—whether it’s at festivals, clubs, parties, or even just at home—feels more important than ever now. We’ve been away from people and our friends for too long in the pandemic. It’s past time to get ‘PPL’ back together – and that’s what this record is all about!”

Jauz has dominated the electronic music space for years with a #1 album “The Wise & The Wicked” that reached top of the charts on iTunes dance within 90 minutes of release, and also has released chart topping hit singles ‘Feel The Volume’ (over 30 million streams) and ‘Rock The Party’ (over 25 million streams). He’s headlined festivals across the globe including Ultra Music Festival, Life Is Beautiful Las Vegas, EDC Japan, Tomorrowland and many more.

He’s secured residencies in Las Vegas at premier nightclubs including KAOS the WYNN, and Hakkasan, and most recently Elia Beach Club. In 2019 the producer went viral at Coachella dropping his remix of Pink Fong’s ‘Baby Shark’, which accumulated over 250 million impressions during the festival’s weekend. Jauz made his TV debut in 2019 performing as a special guest DJ on The Discovery Channel’s Shark Week for the “Shark After Dark” program alongside comedians Rob Riggle and Adam Devine.

Last year Jauz launched $BTX Coin, his own personal cryptocurrency via Rally, which will help emerging artists and their fans gain valuable exposure, release music, and even collaborate with him. In February his remix of SHAED’s breakout hit “Trampoline” was synced to star Netflix show Ginny & Georgia catapulting the release to new heights with over 2.5M cumulative usages on Tik Tok & REELS averaging 1M streams a week even 2 years after release.

Most recently he was tapped by TV Giant CBS to remix “See You In September” by the Happenings for a 30 second spot to promote this Fall’s line up of Comedys, Dramas, and the new NFL Season. Jauz has also been tapping into his OTDE project even more, which has been exploding recently and led to a massive OTDE set at Coachella this month.

Johnny Gold is a multi-platinum, Israeli music producer, songwriter and mixer who has collaborated with some of today’s top artists and creatives from around the world. Most notably, he worked alongside will.i.am to craft the Black Eyed Peas’ newest album TRANSLATION, an LP that includes Shakira, Tyga, Ozuna, Nicky Jam, Becky G, Maluma, French Montana, El Alfa, Piso 21 and J Rey Soul.

With yet another star-studded collaboration under his belt, Jauz continues his ascent to dance music’s pinnacle.