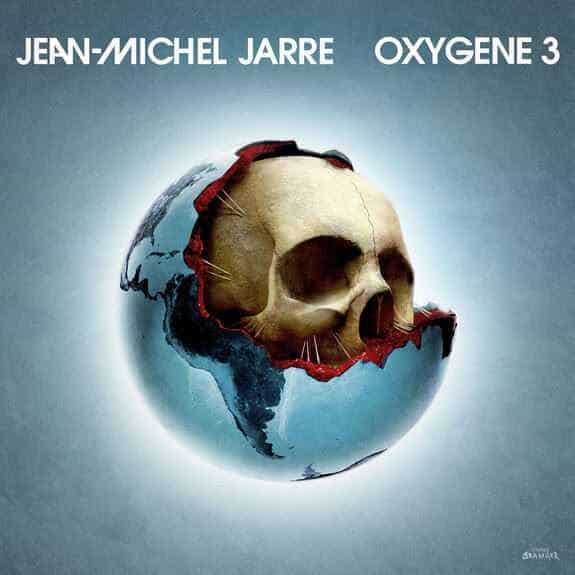 40 years on from the release of his groundbreaking first OXYGENE album, and 20 years on from its sequel, Jarre has now completed the Trilogy with seven new original compositions, titled OXYGENE parts 14-20, to cap off a trailblazing four decades in music.

Jarre followed the same protocol as he did for the original album back in 1976, locking himself in the studio for six straight weeks in order to compose the ultimate chapter to this legendary body of work.

“Oxygene was the meteorite that indeed launched my career 40 years ago… I don’t necessarily like anniversaries that much, but when I was recording Electronica two years ago, I composed a piece of music (now Oxygene Part 19) that made me think about what Oxygene could be if I were to compose it today. So I took the 40th anniversary of the first album as a deadline to push myself to see if I could compose the ultimate chapter of Oxygene. I gave myself six weeks to record it, just like I did for the first album, in order to record everything in one go with the initial approach I had in 1976 working on vinyl side A and side B, a dark side and a sunny side… The idea was not to copy the first album, but rather keeping the dogma of embarking listeners on a journey from beginning to end with different chapters, all linked to each other”, says Jarre.

The last 12 months alone has seen the Godfather of electronic music release an unprecedented three studio albums, with OXYGENE 3 following on from Jarre’s critically-acclaimed two-part Electronica series that featured some of the most iconic musicians in the world. Some of those acts including Moby, Armin van Buuren and Gary Numan have come together on a video to shed light on how OXYGENE affected their lives, which you can see below.

Keeping in line with the previous two OXYGENE LPs, the new album further explores the ambivalence between outer space and our own living space, with the album’s artwork in particular of major significance. A take on Michel Granger’s original work for the OXYGENE Part One album, Jarre had a 3D-model of the skull created for the artwork.

“40 years ago, I discovered Michel Granger’s visual universe and immediately felt a total adequacy with the music I was composing. Since then, the cover artwork became famous, like an ecological warning signal, dark and surreal, evoking both outer space and that of our vital living space: this image, for me, has become inseparable from the music. I wanted the Oxygene 3 visual to remain in that same vein, and hence to re-visit Michel Granger’s original work, simply shifting «photographed-like» from another angle, which was exactly aligned with the approach I had to create this new chapter in music. To this end, I asked Michel Granger’s permission to perform a 3D model of his creation in order to change the angle of the visual, which he amicably accepted,” says Jarre.

Coinciding with this milestone release, Jarre has spent the last two months touring extensively on his Electronica World Tour. The tour has seen the Frenchman perform brand new material from OXYGENE 3 at a whole host of arenas, with 37 dates now completed across Europe alone, from London’s vaunted O2 Arena to Helsinki’s renowned Ice Hall. With just one more date left on the tour, Jarre is leaving his biggest show till last, as he prepares to perform in Paris at the AccorHotels Arena on December 12.

OXYGENE 3 is now available to stream and buy on transparent vinyl and CD. Also now available is the Ultimate OXYGENE-Trilogy Box-Set, which combines all three OXYGENE albums on CD and Vinyl, with a coffee-table-book featuring rare photos and notes on the story of OXYGENE included. Visit Jean-Michel Jarre’s official website to grab yours now at jeanmicheljarre.com