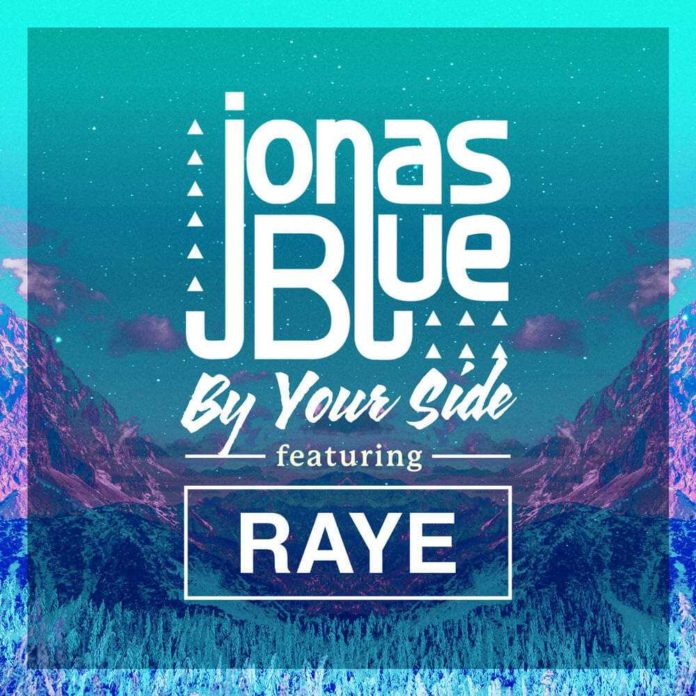 Continuing his reign over 2016, British hitmaker Jonas Blue has released his new single, ‘By Your Side’ feat. Raye, out now via Positiva/Virgin EMI.

‘By Your Side’ begins as an emotive, piano-driven record laced with layered strings whilst Raye’s rich, romantic vocals portrays a young, wild and free love story. The track builds up into a crescendo of electrifying synths propelling into a dancefloor ready beat. London-based singer Raye has already been turning heads with her eclectic, unique wave of Electro/R&B and prolific collaborations with Stormzy and Charli XCX.

Jonas Blue first flew into the spotlight with his debut single ‘Fast Car’, becoming the biggest selling single this year – by a debut UK artist. The certified smash hit sold over 5 million records worldwide reaching multi-Platinum and Gold status around the world. Charting at #2 in the UK Official Charts, ‘Fast Car’ spent 11 consecutive weeks in the Top 10, with it peaking at #1 on the iTunes chart in several countries in Europe.

Proving no signs of stopping anytime soon, Jonas’ last single ‘Perfect Strangers’ matched the huge commercial success of ‘Fast Car. The single became the song of the summer and reached #2 in the UK Official Charts and also received Platinum and Gold status across the world. Altogether, Jonas has now surpassed 1 billion global streams across audio and video.

With a string of accolades already under his belt – including a highly praised performance of ‘Perfect Strangers’ with JP Cooper on The Xtra Factor and receiving a coveted MTV European Music Award nomination to name a few, it’s clear to see that Jonas Blue has become of 2016’s biggest rising stars.

Jonas Blue’s new single ‘By Your Side’ feat. Raye will be released on the 28th October on Positiva/Virgin EMI.