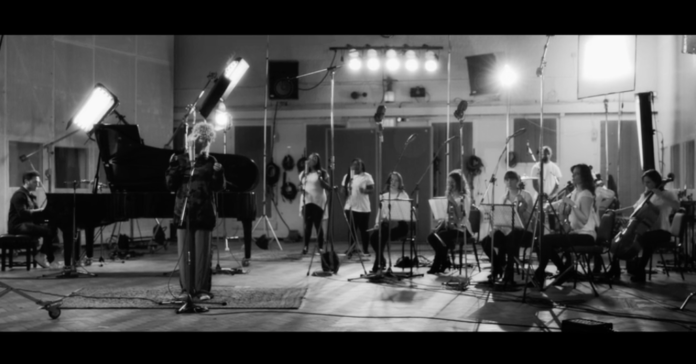 Amidst the current success of ‘By Your Side’, British platinum-selling artist Jonas Blue has presented a special live acoustic version of his latest single.

Recorded in the iconic Studio 2 at Abbey Road, the stripped-back recording of ‘By Your Side’ shines a spotlight on Jonas’ accomplished piano skills, alongside RAYE’s ethereal vocal performance. A glistening 8-piece string section and rumbling drums accompany the duo who deliver a superb rendition of the emotive original.

Adding to Jonas’ spectacular success this year – he has sold more singles globally this year than any other debut British artist – ‘By Your Side’ shot straight into the Top 10 iTunes Chart following its release and is currently soaring up the Top 15 UK Official Chart. The single has garnered over 30 million global streams and the picturesque music video has received over 8 million views to date.

Jonas has been highly praised for his appearances on The Xtra Factor and BBC Radio 1 Live Lounge earlier this year. Also nominated for a coveted MTV EMA award, the British producer has recently shared the stage with collaborators Dakota, JP Cooper & RAYE at this year’s Capital FM Jingle Bell Ball.