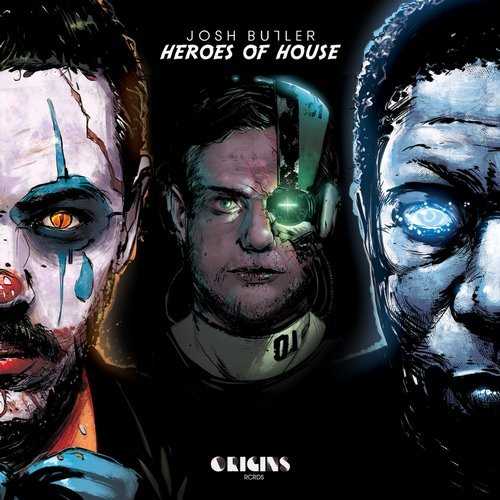 Award-winning UK House producer Josh Butler announces the formation of his first label project – ORIGINS RCRDS. Kicking off the label with a three-part ‘Heroes of House’ series, Josh will collaborate with and pay tribute to both current figures in the house music scene with the ability to inspire, and also those who have influenced the course of house music history.

What better way to kick off the series than to collaborate with the ‘Father of House’, Marshall Jefferson, whose seminal 1986 single ‘Move Your Body’ (The House-Music Anthem) was the soundtrack to an underground generation. Having formed a strong bond together in the Manchester music scene, Josh and Marshall, two generationally different but like-minded producers, came together to create ‘In Time’, which would become the first record of the ORIGINS label. The symbiotic nature of the project is clear from the outset, with Marshall’s melodic piano and saxophone work complementing Josh’s trademark sub-bass groove. The classic vocal is a nod to the genre’s Chicago roots, while the layered groove proves more modern, resulting in an amalgamated style that is at the same time nostalgic and contemporary.

Second to take up the reigns on ‘Heroes of House’ Vol.1 is the recent tech-house phenomenon Santé, collaborating with Josh to create a huge house roller with an infectious lead that is sure to dominate the club circuit. Having released an EP on Santé’s Avotre label earlier this year, it was a no brainer for Josh to get the German star on board. Both the Marshall and Santé tracks demonstrate the formative influences from house music’s early US soul and R&B roots, as well as the more contemporary European electronic sounds, highlighting the diversity of the sound that has converged through history to create the global scene that we know and love today.

“The Heroes of House Project has been one of the most rewarding projects to work on in my career so far. It’s all about bridging the gap between different generations who love house music. It’s been a huge honour for me to work in the studio with some of the genre’s originators.” – Josh Butler

To complement the musical side of the project, Josh brought in illustrator Davi Comodo to create stunning Superhero portraits of each artist releasing on the label with Josh. These artwork visuals will be completed for each forthcoming volume, bringing the whole project in sync.