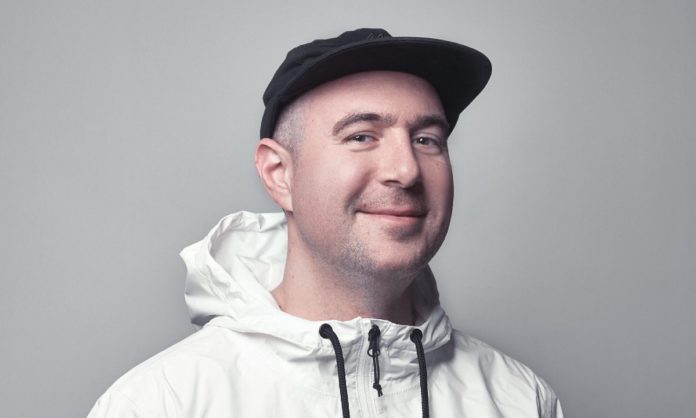 Justin Martin returns to his What To Do imprint with the label’s latest issue, “Hope.”

The seasoned house music veteran is ready to put a pin in one of the most trying years the world has had to endure in most of our lifetimes, by offering up the next release on his ever-growing label. He’s putting 2020 far into the rearview with the aptly titled “Hope,” the third original track of his to grace the catalog. Martin teased its release via social media after posting a snippet of the cut set to the vibrant cherry-red imagery of close-up shots depicting a DIY-style pressing of the record’s cover art. The imagery succinctly symbolizes the ethos embedded within the movement he’s creating, as a record founder who rolls up his sleeves to get his hands dirty to create tracks that seem to be tailor-made for discerning dance fans.

“Hope” starts off unassuming enough, as soft clicking percussive hits that give off the feeling of a pensive author carefully spilling thoughts out on a typewriter. Circular keyboard chords start to crescendo beneath a buoyant bassline, while a muffled voice mumbles on about her apprehensions. The overpowering thump of Martin’s shuffling rhythm steers the mood over in a quirky but dark groove marked by a tinkly synth sequence, chirpy vox chants, bit-crunchy stabs, sleazy chords, and vulnerable vocalizations echoing out in anguish. Dissonant sound swells shoot through the mix during the breakdown to pile on the suspense, only to recede back into finals counts of the chugging rhythm.

What To Do has been a home for Justin Martin’s signature blend of idiosyncratic house music, originally kicking off at the top of the year with “Needs.” He then followed up that effort with the Dalilah-assisted “Stay,” which later took on a new future house shape with the help of a remix from festival favorite Tchami. Now, Justin Martin comes through with a much-needed pick-me-up with the label’s third single.