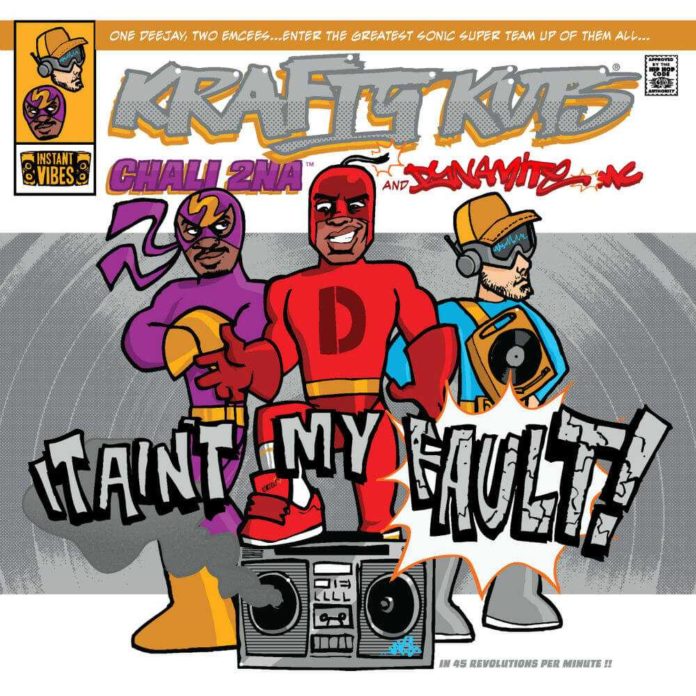 Having whipped the world into a frenzy at the end of the last year with the news of his upcoming third studio album with master of ceremonies Dynamite MC, breakbeat pioneer Krafty Kuts is teasing fans with the second track to be taken from their project. A major collaboration between the dynamic duo and Jurassic 5’s Chali 2na, ‘It Ain’t My Fault’ is out now via Central Station Records.

Krafty and Dynamite ensure they pack in that remarkable energy that makes their tracks, just like their sets, impossible to stay still to. Chopping up Chali 2na’s vocals alongside signature funky beats and banging bass as well as showcasing Krafty’s impressive scratching skills, ‘It Ain’t My Fault’ is pure fire from start to finish.

With the pair repeatedly crossing paths over the years at festivals, airports and even customs check ins around the world, it was only a matter of time before King of Breaks Krafty and hip hop royalty Chali 2na got in the studio together. Having long since considered Dynamite MC one of the best MC’s in the business, since he first witnessed him in action working the crowd at a packed heavy metal club dance floor, when Chali learned that Krafty and Dynamite were working on a new album, he leapt at the chance to jump on a track – and the end result certainly does not disappoint!

Not limiting their collaboration to the studio, Krafty Kuts and Chali 2na have also announced that they will be hitting the road together for the ‘Hands High’ tour which will see them play a whopping 42 dates across Europe, New Zealand and Australia. Not one to be missed, tickets are on sale now.