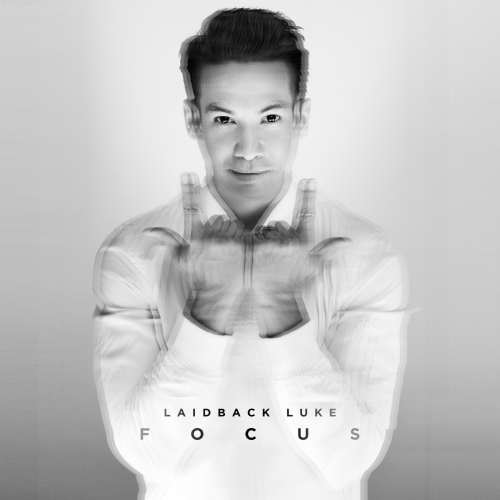 From Top 10 singles to reaching the Top 20 of the DJ Mag Top 100, Laidback Luke’s illustrious career has taken in many great highs. With the upcoming release of his second artist album, ‘FOCUS’, he’s set to reach another peak in his own inimitable style.

“This album is the result of a personal challenge I set for myself: To make 30 tracks in 30 days. Happy to say I succeeded and my team and I were able to select an album’s worth of tracks! An easy response to this could be: ‘Quality takes time’, but I urge you to have a listen to the album first and then decide..”

From his formative house and techno sounds in the 1990s through to pioneering the Dutch house sound in the 2000s to the stadium-filling EDM sound of his contemporary work, he has trodden an eclectic path through dance music that his new album reflects. Ranging across a variety of styles, the album filters the contemporary music landscape through the prism of his mind to provide his own unique take on the here and now. Through his experience remixing for everyone from Robin Thicke & Pharrell to Donna Summer and Calvin Harris in the past, he’s highly experienced working with the vocalists and song structures that help form part of his new LP.

FOCUS stands for everything that Luke represents, diversity, quality and craftsmanship. With FOCUS, Luke urges people to do exactly that; Focus… Take a seat and really sit back and listen to the album, appreciate it’s diversity and let it truly come into its right. The album contains 16 tracks, including collaborations with some of the world’s most progressive and legendary artists such as Benny Benassi, Yellow Claw, Trevor Guthrie, GTA and D.O.D.

The first single of the album, a collaboration with Trevor Guthrie, is set to be released on the 12th of October via Mixmash Records. The track ‘Let It Go’ is just one example of the many styles that are showcased on the album.

“What I love about Focus is that I can say it’s real. It’s not me selling out. It’s not me sticking to my old habits. It’s me enjoying my production time and making tracks that I would love to both listen and dance to. It’s a combination of various styles because electronic music is still all in the same family to me.. Commercial or underground, I love it all!”

A keen tastemaker, he was instrumental in shining a spotlight on the likes of Avicii, Afrojack, Hardwell and Blasterjaxx early on in their career. His own Mixmash label continues to be one of Beatport’s biggest successes, with a radio show running in tandem across the world spreading his sound to millions of listeners. His Super You&Me party continues to draw huge crowds across the world, hosting arenas at mega-festivals like Tomorrowland, Beyond Wonderland and club nights at Story Miami and Electric Brixton in London.

His career is testament to hard work and dedication, and doing things his own way. Aside from DJing and producing, he’s also a Kung-Fu World Champion and a columnist for Billboard. Only a true superhero could find time to fit all that in….

FOCUS will be released November 6th on Mixmash Records via iTunes, Spotify, Beatport and all other major download portals.

EDM News Mmkrishna Cherla - April 6, 2020
0
Belgium’s National Security council is likely to take a decision against the happening of summer festivals due to the COVID 19 outbreak. According to Federal...

Music Akshay Bhanawat - April 6, 2020
0
Shrouded in mystery, the REAPER project is one of the most exciting acts to burst onto the dance music scene in years. With an...
ABOUT US
What started as an interest, slowly turned into a passion, and before we knew it, we had curated and founded a thriving community of avid electronic dance music lovers.
FOLLOW US
© Copyright 2020 - T.H.E Music Essentials