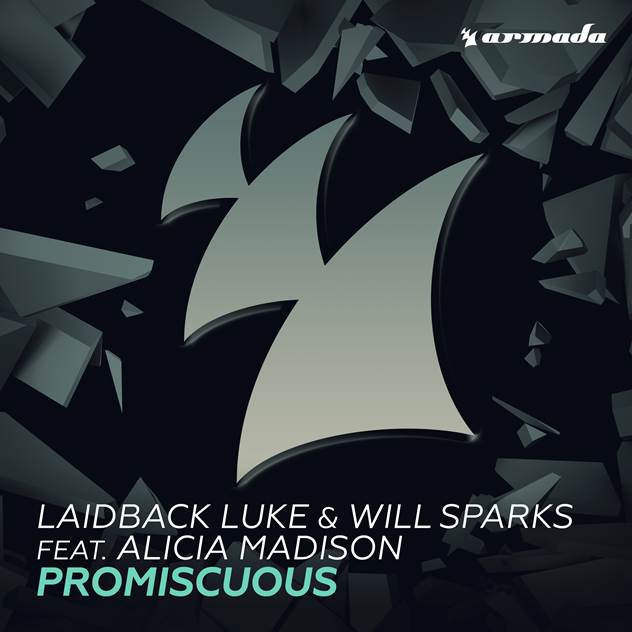 The superhero returns! After unleashing some straight-up bangers this summer, Laidback Luke serves up something with equal measures of melody, emotion and toughness in Promiscuous.

Teaming up with Australian hotshot Will Sparks, the Dutchman crafted one of the season’s most anthemic cuts, personally selected by Armin van Buuren for release on Armada Music.

‘Promiscuous’ has already been floating around since 2014, doing major damage in both Laidback Luke and Will Sparks’ respective sets. Although only available to hear in unofficial uploads and set rips until now, the Dutch-Australian joint effort generated a lot of the hype, looking set to conquer dance floors the world over for the remainder of the season.

Built around a stunning, emotive vocal by Alicia Madison, the song kicks off with her dulcet tones gliding over melancholic piano chords. A snarling lead line morphs into life as the track builds, with the drop unleashing an immense question-and-answer riff that’s played out in contrast by hard house style synth stabs and glistening lead sounds. Full of energy and driving rhythm, ‘Promiscuous’ is one seriously big track.

Laidback Luke is without a doubt amongst the dance music elite, having served as a flag-bearer of the House scene since his first year of producing in the mid-nineties. Throughout his flourishing career, the Dutchman churned out three artist albums, released hundreds of dance floor hits, and remixed renowned artists such as Mariah Carey, Robin Thicke, Madonna, Nicki Minaj, and more, all the while unearthing talent as the founder and A&R of Mixmash Records.

Though not as much of a dance music veteran as his partner in crime on ‘Promiscuous’, Will Sparks has most definitely earned his stripes as an artist. The Melbourne-based scene leader has been one of the most esteemed and exciting electronic acts to break out of Australia this decade. He was crowned Best Breakthrough Act by Australia’s most popular dance music website (inthemix) in 2013, became the #1 DJ in Australia and one of Billboard Magazine’s 10 most exciting young talents one year later, and has since won multiple Gold and Platinum records.

EDM News Mmkrishna Cherla - April 6, 2020
0
Belgium’s National Security council is likely to take a decision against the happening of summer festivals due to the COVID 19 outbreak. According to Federal...
ABOUT US
What started as an interest, slowly turned into a passion, and before we knew it, we had curated and founded a thriving community of avid electronic dance music lovers.
FOLLOW US
© Copyright 2020 - T.H.E Music Essentials