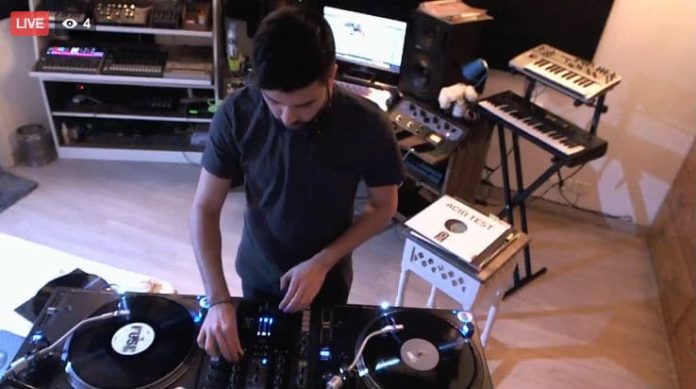 After recently live-streaming an exclusive hour long, vinyl-only set, you can now listen back to ‘Jackin’ By Nature’ #JBN005 mix in full, as played by Lukan during his live stream on Facebook.

The mix follows on from Lukan’s success of reaching #2 in XLR8R’s most downloaded tracks of June for his Lo-Fi edit of Bonobo ‘Break Apart’.

Over the course of the 60 minutes, Lukan weaves a diverse, musical tapestry – switching from darker melodies to disco, touching on old and new techno, as well as showcasing his ability as a DJ to work with varied BPM’s.

Mike Konstanty Links Up With Leela D On New Track, ‘Come To My Room’

Editorials Akshay Bhanawat - October 2, 2020 0
When setting the scene for the perfect at-home date, you must think about the playlist that helps to create a romantic mood, so users...

Mike Konstanty Links Up With Leela D On New Track, ‘Come To My Room’

Music Akshay Bhanawat - October 2, 2020 0
Polish DJ and producer Mike Konstanty has joined forces with UK singer-songwriter Leela D on the new track ‘Come To My Room’. Announcing itself with...

Music Akshay Bhanawat - October 1, 2020 0
NYC-based producer DJ Xplicit has recently released his new single ‘Black and Blue’ on Disco:wax and One Seven earlier this month. Designed with the...
ABOUT US
What started as an interest, slowly turned into a passion, and before we knew it, we had curated and founded a thriving community of avid electronic dance music lovers.
FOLLOW US
© Copyright 2020 - T.H.E Music Essentials