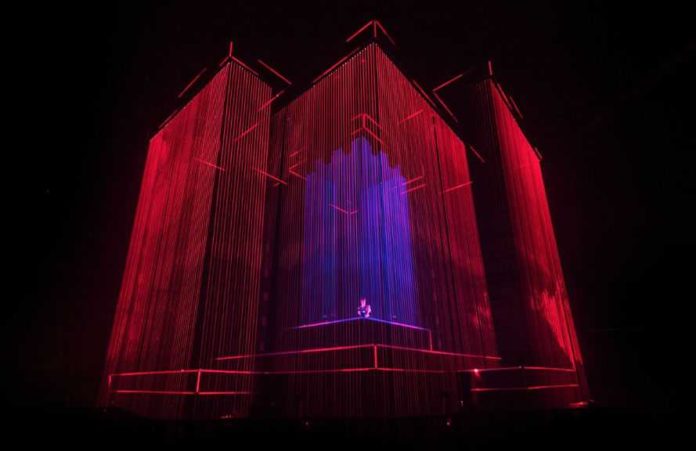 With a sound that also took him on tour with The Chainsmokers across their epic run of USA arena dates earlier this month, Lost Frequencies really ignites a spark when given the creative freedom of a headline show; none proving more epic than his sold-out Lotto Arena show in Belgium.

Wanting to provide an exclusive setting for his fans with an insane show production, manager and creative Nick Royaards and the Tomorrowland team enlisted laser arrays and LED bars to entrance and add another visual dimension for the audience, bringing the show to life with a minimal aesthetic that allowed the music to take centre stage. In bringing a mix of the underground with sure-fire hits and this unique production, ‘Less Is More’ was an intimate spectacle.

From the modern classic status of ‘Are You With Me’, to an eclectic edit of ‘All Or Nothing’ to open the show, Lost also took us on a journey of House classics, big-room bangers and previews of new material. Joined by a host of live vocalists and collaborators, Lost Frequencies also revealed his new collaboration with drum n bass connoisseur Netsky, a dubstep-leaning track perfect for the summer months, guitar lines and an ethereal vocal flowing throughout to merge both artists unique flair, as “Here With You” gets set to light up the speakers June 30th via Armada.