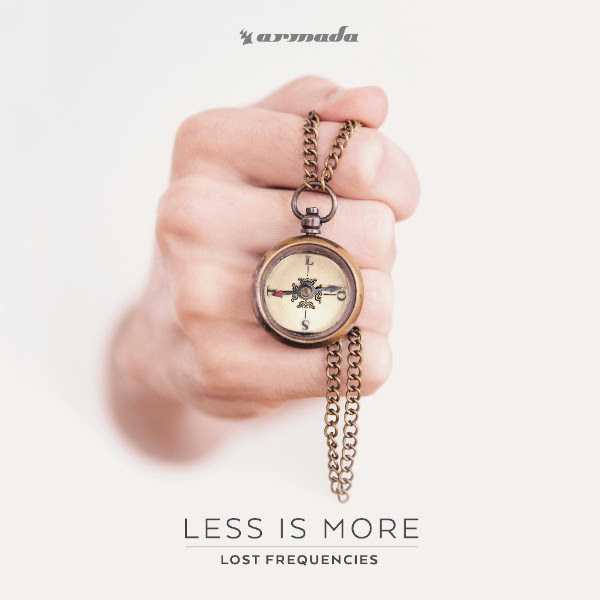 A mere two weeks after the release of ‘What Is Love 2016’, Lost Frequencies has released his debut album on Amsterdam-based record label Armada Music.

‘Less Is More’ is a sixteen-piece body of work and strikes a perfect balance between globally acclaimed hit singles and new compositions.

Lost Frequencies’ renowned hit singles, ‘Are You With Me’, ‘Reality’ and ‘Beautiful Life’, are among the tracks featured on ‘Less Is More’. Between these three singles, Lost Frequencies was crowned with gold, platinum and double platinum in a few dozen countries, gathered over half a billion streams on Spotify alone and peaked at #1 in several of the world’s most acclaimed charts, including the UK Singles Chart. Additionally, the album spotlights fresh collaborations with talented singer-songwriters on tracks such as ‘All Or Nothing’, ‘Sky Is The Limit’ and ‘Lift Me Up’.

‘What Is Love 2016’, a fresh take on the 23-year-old hit single from Haddaway, is also included on ‘Less Is More’. The record was released two weeks ago on Armada Music as Lost Frequencies’ fourth single and shot straight to #1 in the iTunes Charts in Belgium.

feat. Axel Ehnström – All Or Nothing
What Is Love 2016
feat. Sandro Cavazza – Beautiful Life
feat. Jake Reese – Sky Is The Limit
feat. Janieck Devy – Reality
Dance With Me
In Too Deep
feat. Joakim Wilow – Dying Bird
Funky’n Brussels
Send Her My Love
feat. Nick Schilder – Lift Me Up
Are You With Me
St. Peter
Selfish Love
Footsteps In The Night
What Goes Around Comes Around (Bonus Track)