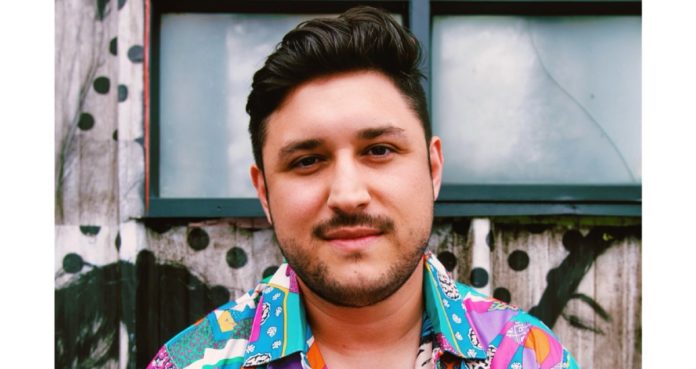 Lucati serves up his debut appearance on Divided Souls with “Music 4 the People,” an authentic four-on-the-floor mover made with the real house-heads in mind.

Miami Music Week has proven to be of the most fruitful times of the year for producers looking to close the gaps between themselves and their peers, making for an unrivalled networking free-for-all that has led to decades’ worth of endless opportunities. Lucati is a testament to its bounteous spirit, owing to his next release to the dot-connecting charm that covers the sun-kissed streets during the weeklong frolicking. After crossing paths at last year’s MMW, the L.A-based house sensation rubbed shoulders with Wax Motif and walked away from the weekend with a promise of sharing a few of the tunes he was sitting on at the time. One thing led to another, and the Divided Souls label-boss knew he had to swoop up a number that had primetime written all over it.

“Within the last year and a half, I’ve developed a friendship with Wax Motif after meeting him in Miami during Miami Music Week,” says Lucati. “I sent him a playlist of music and he immediately took a liking to ‘Music For The People,’ saying it had that special X-factor that makes a track, a record. This was my effort in writing a peak-time record that relied almost entirely on the bass groove as opposed to a lead throughout the drop. I love and stand by the vocal work, as it serves as a steadfast reminder who this music’s for really for… you… the house-heads.”

Lucati’s new single “Music 4 The People” takes its title seriously, with a dark and thumping framework that was made for those who call house their home. Clocking in at just a hair over four minutes, the tech-house number rolls its way through a hypnotic amalgamation of swinging drums, echoing warbles, scampering synth crescendos, sturdy basslines, and a genuine vocal sample that keeps it real the whole way through. It’s the type of cut that makes the crowd instantly reach for the ceiling, because it’s a reminder that this music belongs to them.

Since first bursting out onto the house music circuit back in 2017, the groove-machine known as Lucati has stayed true to an ethos where music is the only thing that matters. These words have continued to ring true for the hardworking Angeleno, who has maintained a steady output of dancefloor tools that teeter between stripped-back tech house and left-of-centre bass house. His no-frills philosophy has allowed his club cuts to speak to opposite ends of the spectrum, ranging from the discerning DJs to the more mass appealing fare. It’s a tightrope act that very few artists can pull off, and he does so with tremendous style and grace. He’s touched down on an impressive range of imprints, such as Armada Subjeckt, Basement Leak, Confession, DIRTYBIRD, Club Sweat, Toolroom, and his very own Kolme Records. Regardless of where his records pop up on, Lucati proves he’s as legit as they come.