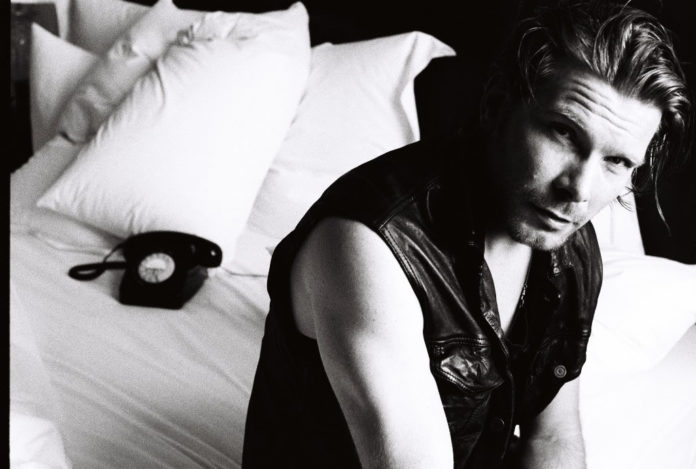 Whilst Dettmann is well-known for his incendiary sets at his residency at Berghain – the legendary Berlin techno mecca – his DJ-Kicks mix is crafted for listening, and displays a more reflective side of the DJ and producer. The mix explores a wide array of selections from various subgenres; ranging from a new vocal-led Stnuff Trax release, to rapping on Clarence G’s 1991 release ‘Cause I Said It Right’, recently reissued by Clone Records.

As Dettmann explains, this mix is a “lost and found story – I can draw from 25 years of collecting records, digging deep, revisiting, researching.” Whilst he has previously spoken out about the need to escape home production and using different studios, “when it came to the DJ-Kicks mix, I was sitting for weeks in my music room at home listening to records, sometimes together with the kids, editing, researching, playing games… it turned out as a good combination to be at home with the family whilst working on this music project. I was listening to a lot of music which is great, music that I hadn’t listened to for ages and certainly wouldn’t have played in a club set.” The result is a mix “that doesn’t conquer itself to trends.”

Over the course of the mix’s duration, Dettmann reveals multiple new original productions; most notably a collaboration with Levon Vincent, ‘Can You See’. The pair have collaborated before in the past, releasing ‘Vengeance’ on Levon’s own Novel Sound label towards the end of 2015 to critical acclaim. “Five years ago we sat in the studio and were just jamming, and started to work on some tracks… we met in Munich last year before playing together and suddenly he handed me over a test pressing of one of these tracks – I was surprised because he hadn’t said a single word about it to me before then. ‘Can You See’ was still in the drawer, so we started working on that track again, sending sound back and forth, and the result is what you can listen to now.” ‘Can You See’ sees the duo venture into darker territory; a stripped back, sub-bass laden affair, the quality of this production immediately stands out in the early stages of the mix.

Dettmann also collaborates with MDR affiliate Wincent Kunth on ’Possible Step’: “(Wincent) is a close friend of mine, we had loads of fun producing this track but we never released it. But now felt like the right time and I couldn’t think of any reasons not to show it to the public.” In addition to four brand new original Dettmann remixes and edits, there’s also an unreleased remix of Marcel’s ‘Let’s Do It’ from Ostgut Ton labelmate Rolando.

Having first entered the scene in early 90s Berlin, Dettmann was influenced by the Chicago, Detroit, Belgian and acid house sounds that institutions like Tresor and E-Werk were championing. His DIY, entrepreneurial approach – selling records from his own home, and playing at self-organised parties – quickly earned him recognition, and in 1999 Dettmann began to work as a resident DJ at Ostgut, Berghain’s predecessor. Shortly thereafter he received a job offer from Hard Wax. Since then, he’s founded his own record label MDR, released two albums on Ostgut Ton – as well as numerous EPs across both labels – and has mixed the respected fabric London and Berghain compilation series. As a DJ, he’s internationally in-demand, playing the best, tastemaking clubs and festivals across Asia, Europe and North and South America. Dettmann takes inspiration for this mix “out of my personal music history, which could be described with the terms Berlin, Berghain and Hard Wax. It’s music that has accompanied me for decades… it is not a mix of brand new tracks, it’s a mixture of of all the music that shaped me over the years and of all the things that still move me today, aesthetically and acoustically.”

Designed to be enjoyed by both the critics and more casual listeners, this mix is the latest in a long series of lifetime achievements over the course of Dettmann’s career – and with so many new unreleased original Marcel Dettmann productions included, this is a landmark release for the producer. “This mix is not the picture that other people take of me, it is the picture I’d take of myself.”