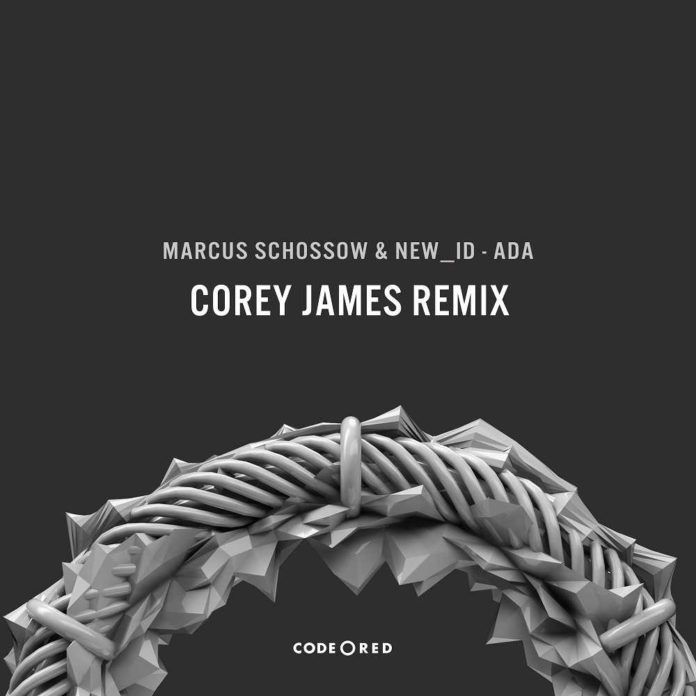 The iconic “ADA” by Marcus Schössow and NEW_ID, has smashed it over the past few weeks in the clubs, and at the festivals. The summer anthem received a huge amount of support by some of the biggest and most respected DJ’s on the globe. A strong remix of “ADA” was considered to be just a matter of time. Well, Corey James’ has had the honour to give this tune his own touch, and that’s exactly what he did: He delivered a fresh and amazing take on our anthem “ADA”.

Would you believe that “ADA” could be played at a sweaty after party? We guess you wouldn’t, but just take a listen to Corey James’ take on Marcus Schössow and NEW_ID’s summer anthem. It’s safe to say that Corey James has taken “ADA” to a whole new level. Some might say this is underground, same might say it’s definitely not, but the only thing we care about is that Corey surprised us with this fresh and a bit spacey remix of our summer anthem.

Corey James is on fire, no doubt, no discussion, just a fact. The Liverpool based DJ/producer is known for his big room releases on a variety of big labels, but don’t let that fool you. Corey James has some very special records coming up that will show you a different side of his creativity. And this darker more underground remix is just the beginning!

It’s good to have Corey James back on Code Red after his release “Migori” with Jacob Ross. It’s funny how much both tracks different from each other, but that’s actually what we are searching for at Code Red: Guys that dare to push themselves and explore the boundaries of their creativity without any limits. Corey James did exactly that for his “ADA” remix, so we can dream away on it.