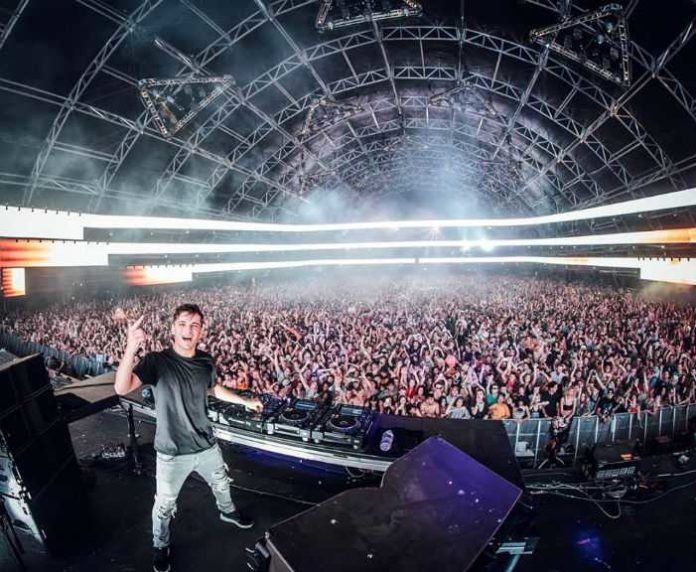 There’s no looking back for world #1 DJ Martin Garrix. Right from the time when he released 7 tracks in 7 days, Garrix has never failed to surprise us and has always exceeded expectations. He has been dropping new tracks left, right and centre. Obviously, he had something special planned for Coachella as well.

Garrix brought singer-songwriter Troye Sivan on stage last night to premier their latest single ‘There For You’. Troye has previously lent his voice for the vocals of Zedd’s beautiful track ‘Papercut’. There are no surprises with ‘There For You’ – the soothing voice of Troye and the peppy tunes of Garrix will definitely make this a radio-hit.

Also, prior to this Garrix and Troye were seen working together at studio. And, a picture of that had already sparked the rumour mill around a possible collaboration between the two.

So apparently Martin Garrix & Troye Sivan were in the studio together. I wonder what they're working on, this is exciting! pic.twitter.com/nuiITQMSfO

I love you guys and can't wait for you to have this song in ur phones n hearts. Thanks endlessly to @MartinGarrix. Love u brother

The above tweet suggests that the track will be out sooner that we expect it to be. Watch them premier the track at Coachella below:

Let us know what you think of the track below!