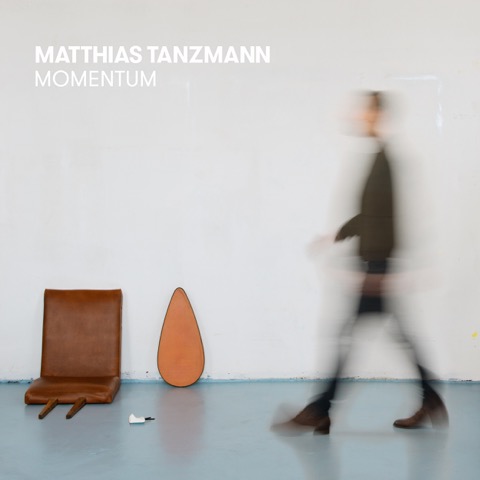 Arriving eight years after his debut LP Restless, the outstanding follow-up impressively demonstrates that his artistic restlessness has not been decreasing over the last couple of years. On the contrary, Momentum undoubtedly proves once more that Matthias’ impact on the scene is still steadily growing with an end not in sight and that his efforts to advance are ever moving forward.

Recent times have found Matthias having huge success via fruitful collaborations with the likes of Martin Buttrich, Davide Squillace and Daniel Stefanik, amongst others, but now back on his own and more energetic than ever, he is firing on all cylinders as a solo artist. Loosely rooted in a variety of house styles, Momentum shows a subtle return to some of Tanzmann’s earliest musical roots. Just as Matthias declares himself, “It is stuff to listen to at home, stuff I like to listen to away from the club”, before adding that, “of course, it also contains tracks that are 100% what I love playing in my DJ sets.”

The ten track release is an impulsive and emotionally moving affair that offers a fantastic snapshot into the current musical mind of the artist. With a process initially starting during his times abroad in Thailand and South America, this most coherent and complete album has been slowly coming together over the last five years. In customary manner, the album is quite different to a normal EP from the German producer, given that it features plenty of deeper and more cerebral moments than most of his past works.

With a perfect mixture between listening pleasure and pure dancefloor material, Momentum contains tracks ranging from deep and broody house style with warm pads streaming over infectious drums to serene and atmospheric jams with real funk in their bones. Next to more downtempo sultry house vibes, the harder, more freaky tunes will get floors bumping with their punchy drums, wiggling synths, drilling bass and loopy vocal sounds. With more soul infused party grooves rounding up the experience, the release truly brings along the whole range of carefully plotted ups and downs necessary for casting the listener under a hypnotic and heartfelt spell of house music.

The album will be celebrated with a worldwide release tour from October to December 2016, highlighting once more that only a few have the exact same sense of electronic music artistry as this man does.