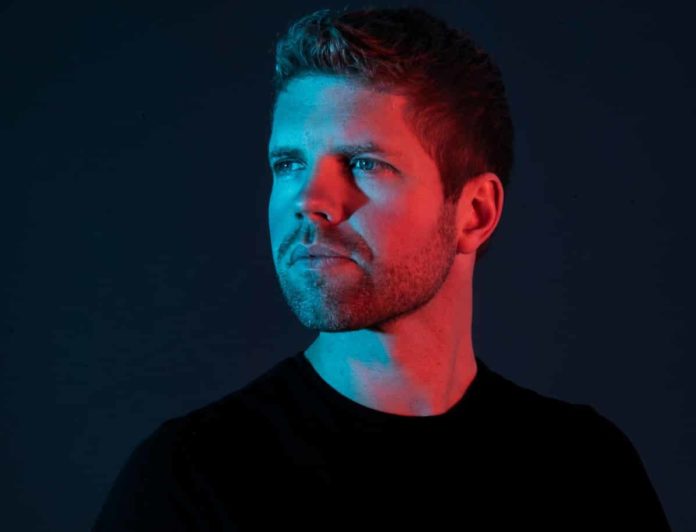 Following the release of “Turn Off My Mind”, an infectious collaboration with Lights, Grammy-nominated DJ and producer Morgan Page is back with dance-inducing single “Sweet Illusions” featuring Maggie Szabo and co-written by Ellis Miah and Brandon Delyzer.

“Sweet Illusion is totally different from my usual work – it’s much deeper and funkier. I played live bass, guitar, and Wurlitzer on it to give it more of a vibe than my usual stacks of synths. Maggie and Ellis did such a great job on the vocal, and all the elements just lined up perfectly. The song is all about escapism, looking for distractions from the everyday things dragging you down. It just feels very hopeful, empowering, and soulful – I hope people enjoy it as much as I had creating it!” – Morgan Page

“Sweet Illusions” starts strong off the bat with liberating lyrics and a catchy chord progression. Entwined with Page’s use of live instruments, the tune spotlights Szabo’s elegant vocal expertise. High-spirited synths join forces with a feel-good cadence to speed up the melody, followed by a break layered with melodic vocal chops.

Complete with a steady beat that’s easy to bounce with, this effervescent tune is evidence as to why Morgan Page reigns one of the best in the modern electronic music era.

Morgan Page is a seminal force in electronic music. Across his dozens of hit releases, the GRAMMY-nominated producer, DJ, and thought-leader has racked up hundreds of millions of plays, and charted multiple Billboard,Beatport, and US Dance Radio #1s.

Having broken through more than a decade ago, on the forefront of the explosion of dance music in North America, Page has built a massive live following. Touring consistently throughout the years, Page has performed at major festivals across the world, including Coachella, EDC, Electric Zoo, Burning Man, and Ultra Music Festival, as well as countless shows in the world’s top hard ticket venues and clubs. He currently tours nearly year-round and holds a Las Vegas residency at the newly opened Elia Beach Club. The long-term Vegas resident DJ has previously held a four-year residency at Light & Daylight and prior to that, a three-year residency at the Wynn.

Outside of music, Page’s two main passions are technology and the environment, particularly where the two intersect. From his solar-powered recording and production studio, he is always on the cutting edge, an early adopter and advocate of new tech.

In recent years, Page has been a regular collaborator on music-focused projects with Tesla and SpaceX as well as provided them with originally produced music.

His newly launched podcast ‘Airwave’ is an exploration of how people make their art and how technology plays an essential role in that process. Focusing on where music and technology converge to tell the stories behind the artists and architects of creativity and technology – the podcast is largely conversational but doesn’t shy away from going deep and technical.

Pairing the elements of pop perfectly with the elements of progressive house, Page has proved himself as a notable veteran in the industry. With multiple award nominations, dozens of hit releases, and millions of plays over the last decade, Page has continuously shown his hard work as an artist.