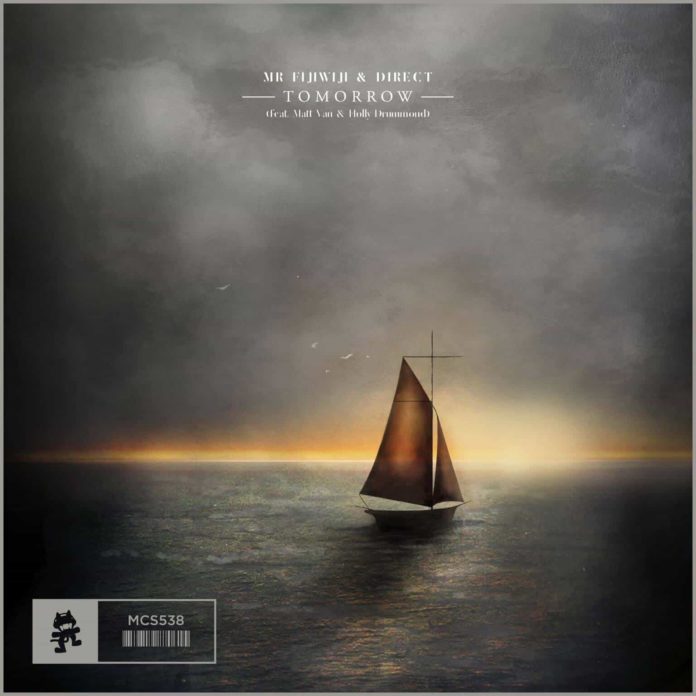 Mr FijiWiji and Direct have collaborated with vocalists Matt Van and Holly Drummond to release yet another track on Monstercat, titled “Tomorrow.”

Known for their intricately crafted and atmospheric productions, Tomorrow is another showcase of their styles which tells a story between two melancholic voices.

He was first cast into the public eye in 2011 through Canadian-based record label, Monstercat. He has since gone on to produce remixes for the likes of Myon & Shane 54, Aruna, Taylr Renee, and Bingo Players. He has also notably collaborated with Houston-based production duo Tritonal and the son of 80’s pop star Richard Marx, Brandon Marx.
He has teamed up with fellow Monstercat member Joseph Desire Lyncheski, who goes by the name Direct. Also known for his atmospheric tracks, Direct is also a musician who heavily focuses on his drums which he depends no to keep the groove going in his tracks.

“Tomorrow” is another beautiful entrant on the Monstercat catalogue, and the album art is pretty perfect for the emotions the song evokes as well.

Starting with a simple, melancholic guitar riff the song continues down that path throughout. With keys that remind one of the kind of style HVOB has become famous for, the song is deeply reflective and emotive, something the two are very well known for. The vocals also sound perfect with the music. Pitch-perfect and emotional, the tuned-down, echo-filled vocals that weave in and out behind the main verse add a layer of depth to the song without clashing with the other elements in the least.

It is definitely a song that you need to check out. Get it here.