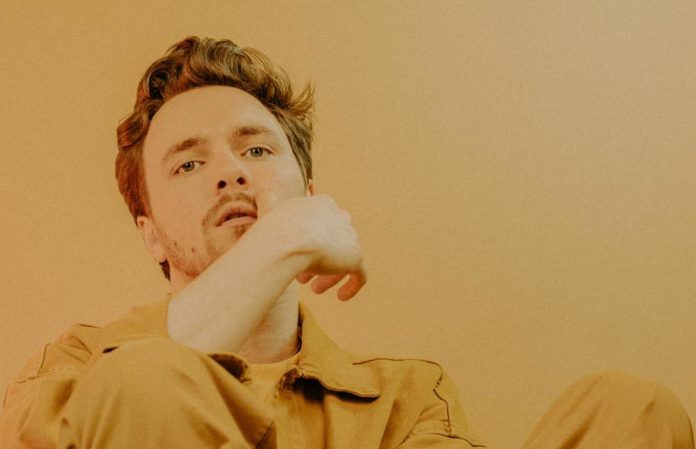 With over 76 million streams at Spotify and 1 million monthly listeners, British singer-songwriter Nick Wilson is primed to push his profile up to a new level with the release of his brand new single ‘Safe’ out now via Never Fade Records.

Nick has become best known for his ambient-electronic, alt-pop but ‘Safe’ marks a subtle shift in Nick’s style. The beguiling vocal and hand-on-heart emotional pull he articulated on previous fan favourites such as ‘Miles Apart’ maintain his most enticing attribute. Yet the production plays with a surfeit of fresh ideas supporting his heavenly vocal harmonies to the song’s stuttering, off-kilter beat. In short, it’s an artistic twist on everything that fans have come to love from him whilst maintaining his honest and vulnerable lyrics.

“I wrote Safe with writing duo The Nocturns. It was our first session together and we were talking about how as humans, we have the tendency to second guess ourselves, and work ourselves up about whatever is bringing us down. Safe became this song that acted almost as a reminder to myself that it’s usually never as bad as it seems. Sometimes we’re the ones making it worse, and in the end, it’s always better to tackle it head-on rather than play it safe” explains Nick.

Produced by the Nocturns (Tom Walker, Sam Feldt, Declan J Donovan) – ‘Safe’ is Nick’s second single of 2020 after ‘Not Like Falling Out Of Love’. The track hit thirteen international New Music Friday playlists on Spotify, including the UK and Germany. This year also saw him tour the UK with Gabrielle Aplin and play his first overseas tour as a guest to Dotan. Nick recently picked up a notable new fan in Demi Lovato when she mentioned he was her new favourite artist in an Instagram live chat with Sam Smith.

Drawing on influences such as LANY and Noah Gundersen, the 25-year-old artist from Buckinghamshire developed his still accelerating reputation with a series of self-produced independent EP and single releases. He signed to Never Fade Records (home to artists such as Saint Raymond and Sonny) ahead of last year’s EP ‘A Face I’ve Never Seen Before’.

His collaborators across EP’s have included Nick Atkinson and Edd Holloway (Lewis Capaldi), the Grammy-nominated Jonny Coffer (Beyoncé) and Martin Garrix. Nick also recently shared his stunning home-filmed take on Bon Iver’s ‘Blood Bank’ and is set to tour the UK in October as a special guest to Emily Burns.

Music Hannah Helbert - July 7, 2020
0
Redpine & Solo (aka: John Stuckey & Sam Moss) return after a brief hiatus, although they’ve been far from absent from the wider drum...

Music Akshay Bhanawat - July 7, 2020
0
Italian brothers Pongo have unveiled their new single ‘Freedom’, out on Friday 19th June. A brand-new electronic version of the masterpiece of the same name...

Bassnectar Faces Allegations for Sexual Misconduct and Announces He is Stepping Back From His...

EDM News Melody Siganporia - July 7, 2020
0
In the light of the recent allegations of sexual assault that have come up from multiple sources against Bassnectar, real name Lorin Ashton, he...

featured Shivani Murthy - July 5, 2020
0
Kiran Gandhi, also known by her stage name Madame Gandhi, is an American electronic music producer, drummer, artist and activist. Gandhi's music career includes...
ABOUT US
What started as an interest, slowly turned into a passion, and before we knew it, we had curated and founded a thriving community of avid electronic dance music lovers.
FOLLOW US
© Copyright 2020 - T.H.E Music Essentials